Y&R Spoilers: Sharon’s Last Trip With Husband – Why Was Rey’s Memorial Not Shown? 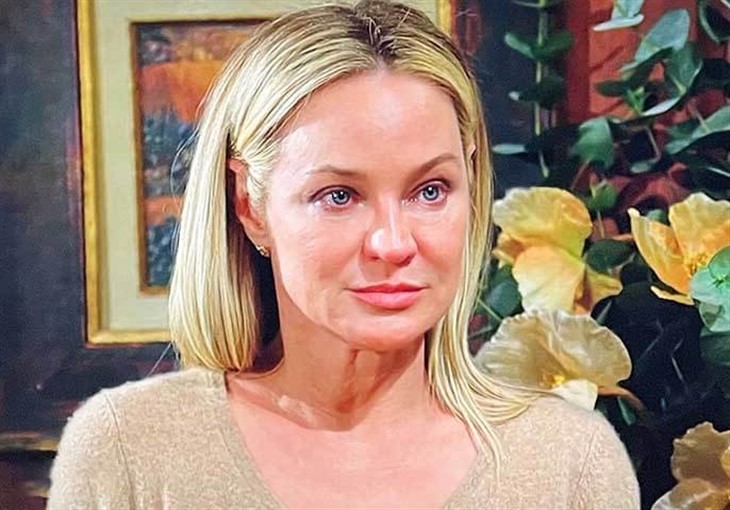 The Young and the Restless spoilers document that Sharon Rosales’ (Sharon Case) last trip with her husband will not be joyful. Rey Rosales’ (Jordi Vilasuso) heart attack cut his life short and made Sharon a widow.

Before the trip, Sharon held a memorial service for Rey. It was only for close family, Chance Chancellor (Conner Floyd) and Chelsea Lawson (Melissa Claire Egan). Viewers were right to wonder why that small service in the familiar church setting was not broadcast?

The Young And The Restless Spoilers – Rey Rosales Abruptly Written Out

It feels unusual to see a four-year, regular cast member written out in haste and then have that character’s post-mortem handled as it has been. While there have been grieving scenes with Sharon and Rey’s Genoa City, Wisconsin-based loved ones, not one member of his family has been seen.

A video chat, where Rey’s siblings or either one of his parents were seen, could have been arranged. More fittingly, one or more members of his family would have come to GC to accompany Sharon to Miami.

Vilasuso is a fine actor with a background in daytime. Part of the soap business involves some solid cast members being written out. But the handling of Rey’s farewell feels undone.

Y&R Spoilers – Those Who Are Left Behind

The Rosales family is strong. Viewers assume that they will be okay in time. At least they can visit his last resting place when a desire to feel closer to him arises.

Thankfully, Sharon has her children and Nick Newman (Joshua Morrow) to lean on. Nick, in particular, has been very open-hearted with Sharon.

He became friends with Rey and appreciated that Vilasuso’s character truly cared for Sharon. The same was true for Nick during most of the years they were married ages ago.

The Young And The Restless Spoilers – Sharon Rosales Looks Back

Sharon said that she wanted to travel with Rey. It is a long goodbye, as she termed it.

She will naturally be reflective as this final journey unfolds. Possibly, Y&R will offer a retrospective of when they first met and include some of their important moments. Rey deserves that.

There is no way to tell how long it will take for Sharon to effectively deal with the range of emotions she is feeling. She is grateful to have met and married Rey and sorrowful to have lost a man who truly loved her.

But Sharon is one of GC’s most dynamic and resilient residents. So, she will experience better days ahead. Who she might share future romantic times with is something Nick might also be considering.