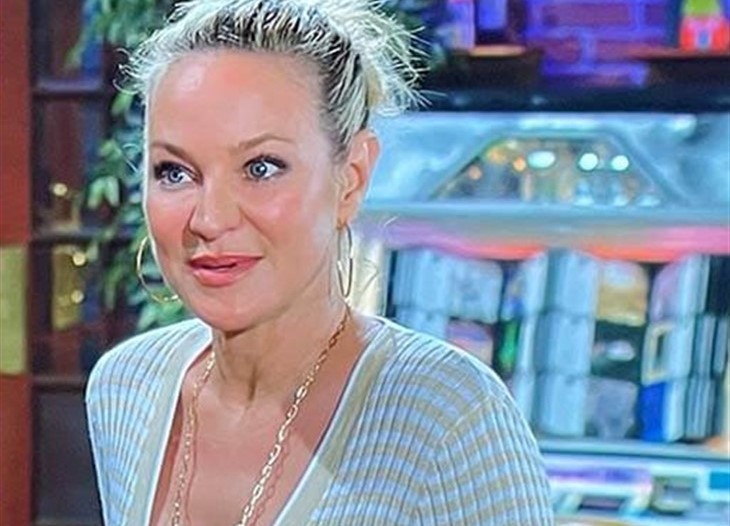 The Young and the Restless spoilers document that Sharon Rosales (Sharon Case) is resilient. The grief she felt following the loss of her husband appears to be gone.

Meanwhile, Nick Newman (Joshua Morrow) was once again seeking the advice of his one-time wife in their most memorable setting. While the cottage was the one-time married couple’s honeymoon gift, Crimson Lights continues to project an upbeat sense that wraps nostalgia with currency.

But are Sharon and Nick simply demonstrating their friendship ties, or are they finally on the way back to a long-teased remarriage?

Would Sharon be as chipper as she seems if Rey Rosales’ (Jordi Vilasuso) death was still fresh? It seems unlikely.

While Sharon and Rey’s love story was not long or her most passionate, she was committed to her husband. So, it feels like a decent amount of soap time, as compared to real-time, has passed since the tragic car accident ended Rey’s life.

It was slightly over two months ago when Vilasuso’s character was written out of the show. There is always hope that this solid actor can return in another form. So, maybe that person could eventually couple with Sharon, or someone else will.

Sharon has been in love multiple times. She has also married on many occasions.

But she has only been married to Nick once. They divorced approximately fifteen years ago in real-time. It is longer than that when using a daytime drama calendar.

Case’s character remains one of the most vibrant on the show. She is smart, accomplished, ever gorgeous, and puts family first. Qualities that are appealing to an eligible guy like, for example, Nick.

The Young And The Restless Spoilers – Nick Newman Too Busy For Romance?

Nick broke whatever he had with Phyllis Summers (Michelle Stafford) off months ago. While Phyllis recently suffered a falling out with Jack Abbott (Peter Bergman), her suddenly single status does not project to a comeback with Nick.

For reasons that are not fully explainable, various Y&R regimes decided not to allow Sharon and Nick to remarry. They came close twice but never made it through the nuptials.

Morrow’s character seems too busy with Newman family personal and business matters to focus on romance with anyone. But if there is anyone he could fall in love with, or back in love with, it would be Sharon.