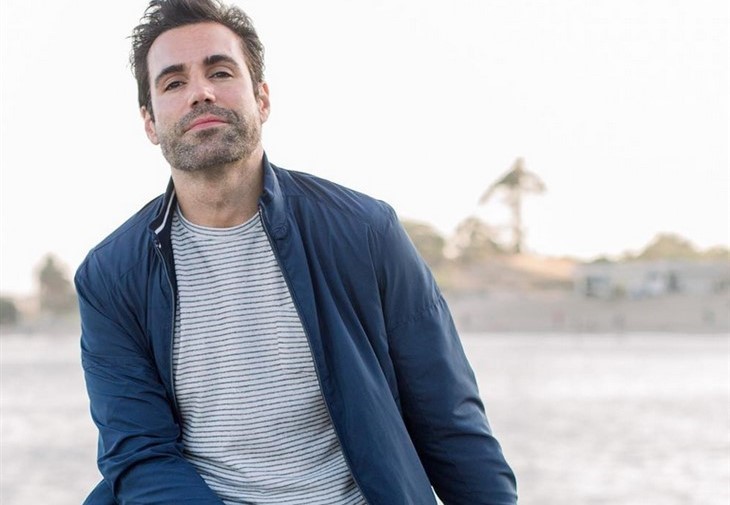 The Young and the Restless (Y&R) star Jordi Vilasuso is no longer playing Rey Rosales on the soap after the show let him go. Rey was tragically killed after having a mysterious heart attack behind the wheel. But, that doesn’t mean Vilasuso isn’t absolutely thrilled about his Daytime Emmy nomination.

It’s been almost 20 years since Jordi Vilasuso took home an Emmy statuette in 2003 for playing Tony Santos on the now-defunct Guiding Light. The last time around he won in the Outstanding Lead Actor category, but this time he is competing in the Outstanding Supporting Actor category and he was thrilled to receive the news of his nom after finishing his run as Rey.

“Needless to say, I was over the moon. Recently, I’ve been seeing actor friends on social media celebrating wins — pilots being picked up, movie roles. This is so great for them, I’ve felt,” Vilasuso told Soap Hub. “There’s been so much to celebrate. That’s how this nomination felt. It’s a real celebration. Laughter, tears…It was a very celebratory week.”

But what about that all-important Daytime Emmy reel that decides who wins each award. It’s up to the actor to put the reel together to showcase their work for the previous calendar year.

While Vilasuso joined The Young and the Restless in 2018 as yet another member of the ever-growing Rosales family that has now disappeared, the actor is most proud of his 2021 story.

“I had probably the strongest story [last year] since I started. There was tons of story when I first started [in 2018]. After Sharon [Sharon Case] and Rey got married, there was a triangle with Adam [Mark Grossman], Sharon, and Rey,” Vilasuso explained to Soap Hub. “I had a scene where Rey confronted [Sharon] about how this wasn’t going to happen. He drew a line in that sand [over Adam].”

Vilasuso also submitted scenes where Rey had to deal with the fact that Sharon and Adam had a different kind of relationship than he had with Sharon, his wife. Eventually, Rey was able to accept things and he and Sharon were in a good place when he was killed.