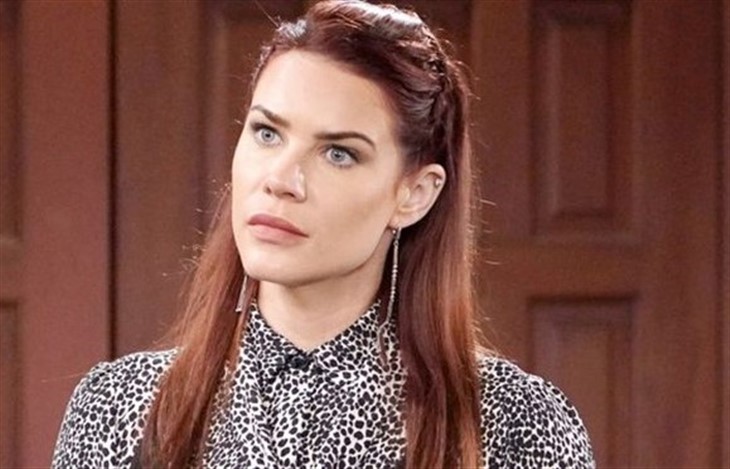 The Young and the Restless (Y&R) spoilers show that Sally Spectra (Courtney Hope) wants to push forward and do a big story about Ashland Locke’s (Robert Newman) death and the effect it has had on the people in Genoa City. However, Nick Newman (Joshua Morrow) isn’t thrilled about the idea, and wants her to slow down, put it on the back burner and “think about Victoria Newman (Amelia Heinle)”.

Of course, she’s met head-on with the Newman’s as she’s trying to get a big story out and she knew this was going to happen as well. While I enjoy her and Nick being firm yet gentle with their conversations, I think this is one that Sally has to put her foot down and run with anyways.

Having the ‘Lochness Monster’ found dead is an incredible story and something that Newman Media desperately needs to stay relevant and this would give them a huge push. On the back end though, it would definitely lead to some issues for the Newmans.

Y&R Spoilers – The Story Would Help In Victor’s Downfall

Sally doesn’t realize how much power she currently holds in her hands. Not only is this a huge story and something she should get out there, but it would help in the demise of Victor Newman (Eric Braeden). I know a lot of you just gasped out loud, but there will be an eventual end to the reign of Victor, and pinning a murder on him and hiding the body would definitely take a big chunk out of it.

I don’t think Sally is timid enough to let this go. She’s said it time and time again that she’s a real go-getter and she doesn’t let big opportunities go to waste. Do we really expect her to sit on the sideline and watch as this story goes sailing past her? Good luck.

Between this story, Chance Chancellor (Conner Floyd) and Adam Newman (Mark Grossman), it looks like Victor’s days are numbered, and he may want to enjoy them instead of trying to “put people in their place”.

The fall of Victor is upon us, and in this situation, Nick and Victoria may be collateral damage, making the perfect opportunity for Adam and Sally to step into the role and conquer Genoa City for themselves.

What do you think? Will this story lead to the end of Victor’s reign? Let us know in the comments below.