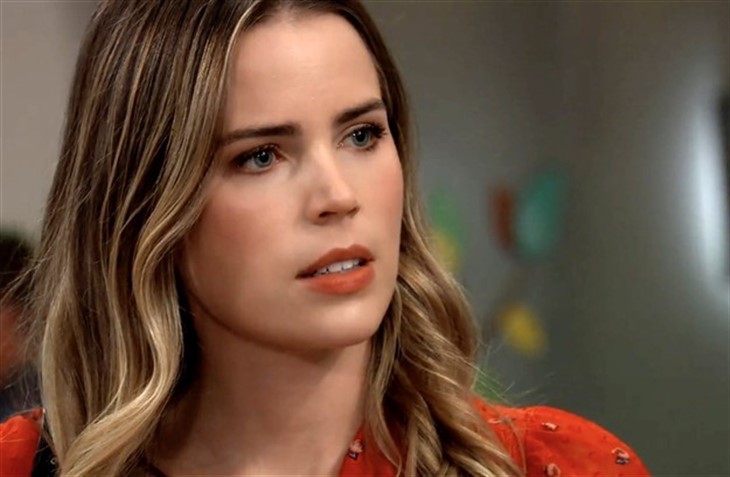 General Hospital (GH) spoilers indicate that Sasha Gilmore (Sofia Mattson) may find herself in a huge mess. While confronting Sienna Colby (Cynthia Zitter) and Grant Smoltz (David Lautman), Sasha could get busted. Will Sasha be arrested for a drug deal that didn’t go down?

General Hospital spoilers reveal that Smoltz is working with Felty (Brian Norris) to take down Sasha. After all, Sonny Corinthos (Maurice Benard) nearly killed Felty before Josslyn Jacks (Eden McCoy) came along. Now Felty is determined to get revenge even after his deal with Gladys Corbin (Bonnie Burroughs).

Smoltz may get some help from Brando Corbin (Johnny Wactor) even though that is not what he intends. Brando is concerned because his wife has disappeared. Brando has asked Sonny to help him but Sasha is still nowhere to be found. Brando is rumored to involve the cops. Does Brando make a huge mistake?

Sienna tried to catch Sasha up in a drug deal to help Smoltz. However, Sasha felt that something was off and didn’t go along with the plan. Sasha later arrived at Smoltz’s car and confronted the two of them. Unfortunately, the cops could arrive during this confrontation. Will something be planted on Sasha by Smoltz and Sienna?

Smoltz may get himself arrested as well. After all, Sienna is in Smoltz’s car with drugs she meant to sell to Sasha. Sasha is a known drug user so the cops will be suspicious. Will the cops search Smoltz’s car and find the drugs? Will Sienna blame Sasha for the meeting if drugs are found?

If Sasha gets arrested for drugs after Brando calls the cops, she is likely to blame him. Brando didn’t want to get Sasha into trouble. Brando had no intention of hurting his wife. However, Brando feels that Sasha is in trouble and he must help her.

Will Sasha understand Brando’s reasoning? Sasha knows that Brando is worried about him. However, Sasha also knows that an arrest could ruin her career. Will Sasha forgive Brando if she has to start over? Can Sasha deal with Brando’s watchful eye once again?

Sasha and Brando are on shaky ground already and this could be the end of their relationship. If Brandon’s distrust is something Sasha simply cannot get past their marriage could be over. Does Brando care too much about Sasha? Should Brando push Sasha to get help if she is arrested? Can Sasha and Brando’s marriage survive?