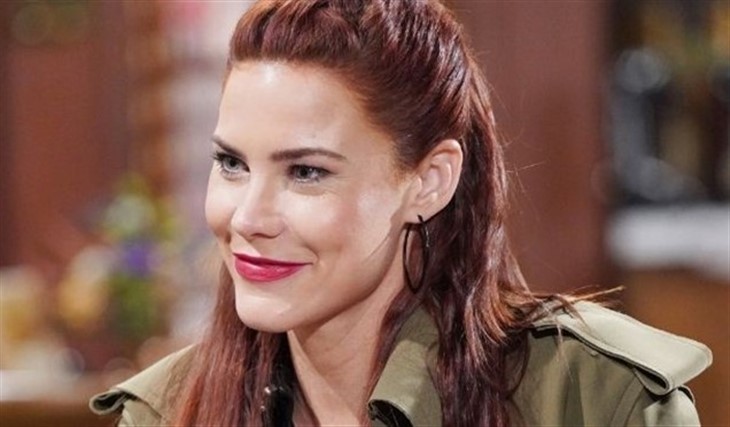 The Young and the Restless spoilers document that Sally Spectra (Courtney Hope) agreed to give Adam Newman (Mark Grossman) a chance to explain himself. He did, they had a brief romantic connection, and then she chose Nick Newman (Joshua Morrow) again.

Adam is not the total villain in this storyline. Sally has repeatedly acknowledged to him and others, including Nick, that she does have feelings for him. But her growth as a person caused a bold conclusion.

A comparison between the Newman brothers is not fair. Instead, Sally is falling in love with Nick while pulling away from Adam.

The Young and the Restless spoilers show Adam spoke with such certainty on many occasions. He is a brash character, so that was not surprising.

A segment of the audience would be right in concluding that the Adam-Sally pairing was somewhat pushed. While their pairing was not outlandish, it felt a bit created.

Sally targeted Adam after Jack Abbott (Peter Bergman) wisely stopped himself from getting involved with this crossover character from The Bold and the Beautiful. Adam initially rejected Sally’s overwhelming appeal until circling back because his other options were non-existent.

Nick has been less harsh on his maligned younger brother in the past few years than he arguably has been since the Adam character was SORAS’d in 2008. He did not take an interest in Sally because she was involved with Adam.

Morrow’s character actually gained respect for Sally as he came to know her. He began questioning if his sister and father’s hard takes were wrong and eventually realized that there was more to Sally than he initially believed.

Nick gave Sally multiple opportunities to reconcile with Adam because he did not want to prevent her from pursuing someone who might have been her true love. But it now appears that Nick could become that guy.

The Young And The Restless Spoilers – Sally Spectra Wants Stability

Sally sought thrills on B&B. Her various professional and personal efforts were reckless. By the end of her arc on Y&R’s sister show, Sally knew she had to leave Los Angeles, California.

Hope is a great actor. The TPTB recognized she had the chops and that this character was strong enough to continue the crossover tradition between both shows that dates to 1992, when Sheila Carter (Kimberlin Brown) went from Y&R to B&B.

At this point in her life, Sally wants stability. Nick gives her the best shot at realizing that, with Adam’s personality being too close to who she no longer wants to be.