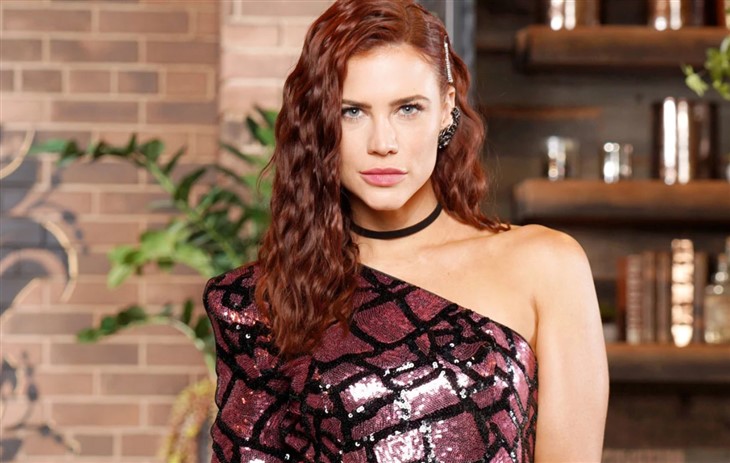 The Young and the Restless (Y&R) spoiler show that it looks like Sally Spectra (Courtney Hope) claims she wants to be with Nick Newman (Joshua Morrow) over Adam Newman (Mark Grossman). Though, this feels like she is trying to make the best decision based on how others see her, and not what she really feels.

Adam and she were electricity, while Nick seems like the ‘safe’ bet. If this were ‘Sweet Home Alabama’, Sally is Reese Witherspoon and Adam is her Jake. She may think that Nick is the better option, and he provides far less drama, but in the end, Adam is the one she truly loves. Not to mention the fact that viewers may riot if she doesn’t end up with Adam.

Meanwhile, Joshua Morrow (Nick Newman) himself spoke to Soap Opera Digest about the situation saying, “He’s hurt by it because he thought he and Sally had kind of moved into a new phase of their relationship because she had made it pretty clear to him that she was interested in pursuing something more serious with him. So finding out that she and Adam had this night together is certainly not what he was hoping to see, but I don’t think he’s completely blown away by it.”

We all were expecting this to happen, and this may be the start of the end for Sally and Nick, and she may have to level with herself that Adam is the better choice for her. Meanwhile, Nick doesn’t have any intentions of going through this with his brother… again.

Nick has “no interest in sharing Sally with Adam, and Nick doesn’t want to play around. He’s like ‘Listen, I’m a grown-up. I want to be with you in a committed relationship but it’s got to be just us.’ It’s pretty raw what just happened, so Nick’s going to need some more time to think about it and figure out if this is exactly what he wants to pursue with Sally.”

Honestly, this seems like pretty solid news, and he might be the one to cut ties with Sally since her night with Adam. In the end, this could be a blessing in disguise!

What do you think? Are you a fan of Sally and Adam together or should she play the safe bet and try to iron things over with Nick? Share your thoughts and remember to keep watching the CBS soap to see what happens next.