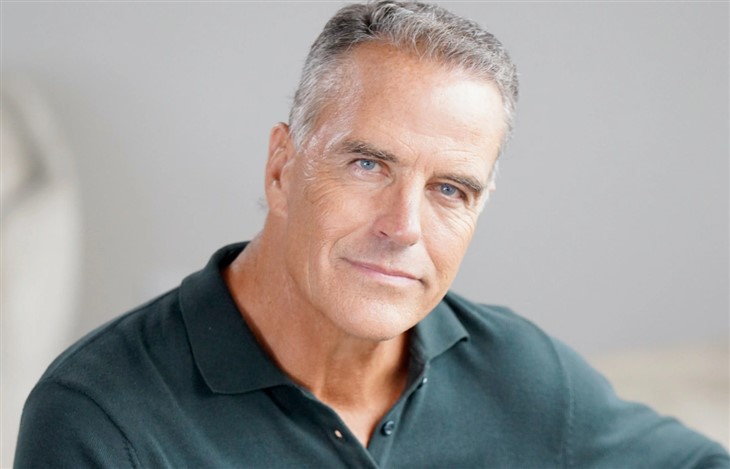 The Young and the Restless (Y&R) spoilers reveal that earlier this week, Richard Burgi announced he was no longer playing Ashland Locke. That came as a surprise to some fans, but it turns out his stint didn’t exactly come to an end. Ashland was quickly recast with Robert Newman. Burgi has come forward to explain why and it turns out he accidentally violated the show’s policy.

The Young And The Restless Spoilers – Richard Burgi Announces Exit

Y&R spoilers reveal that Burgi took to Instagram and uploaded a video to his “story.” In that video, the actor announced that he was no longer a part of the cast. This was surprising to some fans as it was recently reported he signed a new contract for one year. However, others thought that Ashland was being written off. That led to speculation on how Ashland would exit.

Shortly after Burgi announced his exit, Soap Opera Digest confirmed that the actor might have left, but the character wasn’t going anywhere. It was reported that the role was recast and the new actor playing the part will be Robert Newman. So, this led to some confusion as to why Burgi was no longer part of the show.

The Young And The Restless Spoilers – Actor Sets Record Straight

The Young and the Restless spoilers reveal that today, on Tuesday, January 11, 2022, Burgi set the record straight. The actor explained that he was looking something up on Google and found an article about his exit. Burgi decided to clarify what happened.

Even though it is true that it was the show’s choice to let him go, it wasn’t because they didn’t like Burgi. The actor accidentally violated a policy regarding COVID-19.

Apparently, the CBS soap has a no-tolerance policy regarding COVID-19 in place. Burgi did admit he made a mistake and seems to genuinely feel bad. However, he remained gracious and professional when discussing it. So, what exactly happened that led to Burgi being let go? This is what the actor said in his new Instagram story,

“I was back east over Christmas and tested positive somewhere around Christmas [and was] at my niece’s house and visiting my 97-year-old mom. I took the necessary five days [quarantine] that the CDC [Center for Disease Control] recommended.”

Even though the CDC only recommends five days, the show requires ten. Burgi also made sure he tested negative twice. Then, just like all cast and crew members, before going to work, he was tested and it came out negative. So, he went to work and didn’t think anything of it. However, due to the soap having the 10-day rule, Burgi violated their COVID-19 policy and was let go.

Burgi did an amazing job playing Ashland Locke. We wish him the very best in his future projects and are sorry that he is no longer part of the cast. What do you think of the show’s decision to let Burgi go after he accidentally violated the COVID-19 policy?