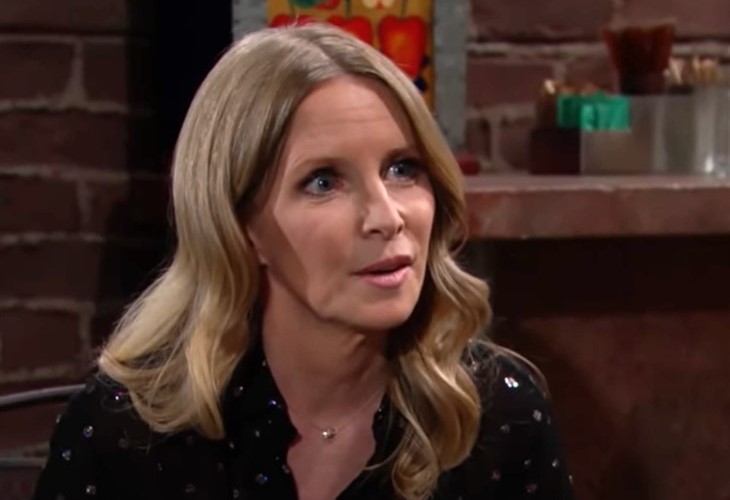 The Young and the Restless (Y&R) spoilers for the week of January 10, 2022 show that fan fave Christian Le Blanc has spent three decades on the show as Michael Baldwin. Initially he was a smarmy young man, in it to win it, by any means necessary. Today he is a semi-smarmy older man who questions his life and times, and now is having one of those reflective moments that accompany middle age.

The show is giving him a tribute episode and in so doing we get to see not only him but other characters that are seldom seen and much missed.

A special Y&R episode commemorative epi for Michael Baldwin would not be complete without Christine Blair (Lauralee Bell). Way back when, when Christine was still Cricket, she Michael were law partners. Look for her to show up on Monday, January 10.

Michael’s mother, Gloria Bardwell (Judith Chapman) is also on hand to talk to Michael as he questions his life’s purpose. As well she should be. She as much as anyone was instrumental in shaping Michael and his many life iterations.

She, along with Bell, appears on Monday, January 10. It would be wonderful if the show found a way to weave these two characters, along with Michael, into storylines more regularly. The fans never get tired of seeing the characters they have watched for decades, and Bell and Le Blanc certainly fit that bill.

The Young And The Restless Brings A Special Episode To Life

Genoa City, Wisconsin would not be the same today if not for Michael Baldwin. Because of him the show had some its most memorable storylines. In the old days he and Phyllis Summers (Michelle Stafford) were thick as literal thieves. Both have cleaned up their act considerably. But not totally, which means neither is above some shady shenanigans like Michael blackmailing Victor Newman (Eric Braeden) and Phyllis resorting to any low level in order to protect her assets, whether that be a hotel or her daughter Summer Newman (Hunter King).

Spoilers show that Michael contemplates retiring. What would he do next? Maybe he and Paul Williams (Doug Davidson) would spend their days offscreen playing golf?