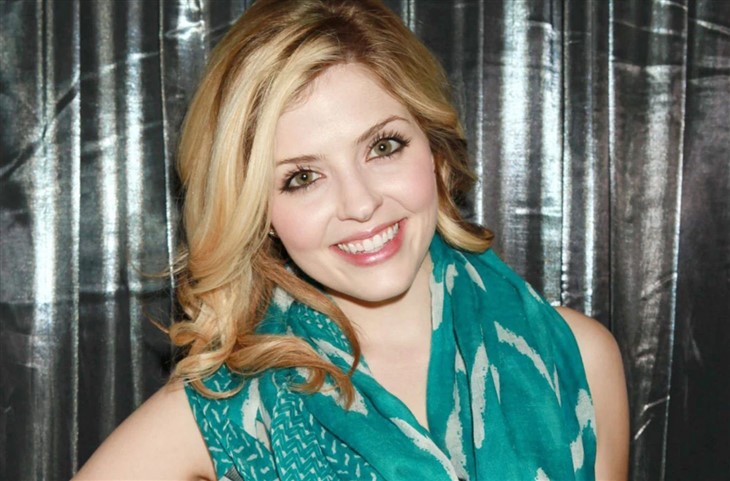 Days Of Our Lives spoilers and updates tease that Jen Lilley will be very busy in the coming months. The actress recently signed a deal with GAC Media.

Under the new agreement, Lilley is set to star in four different movies within two years. She’s the latest star to join the GAC Media family. This won’t be her first stint on GAC Family. She recently starred in the network’s First American Christmas franchise called, Royally Wrapped for Christmas.

The actress is famous for her roles in ABC’s General Hospital and NBC’s Days of Our Lives as Theresa Donovan. She recently appeared on Hallmark Channel’s When Your Heart Belongs.

GAC Family is happy to welcome Lilley to their network. Bill Abbott, President and CEO of GAC Media described her as generous and kindhearted. He believes she’s a perfect addition to their growing family.

“Many of us on the GAC team have known Jen for years, and we are excited to welcome her to the family as we work together to bring even more entertaining movies to our fans,” Abbot said.

Lilley may no longer be with Days Of Our Lives, but the drama continues. Allie Horton (Lindsay Arnold) will betray her boyfriend Tripp Johnson (Lucas Adams). Her feelings for Chanel Dupree (Raven Bowens) has resurfaced and they end up in bed together.

Shawn Brady (Brandon Beemer) will weigh in on the dilemma they’re facing but in the end, it’s the two of them who needs to make the call. Does this have something to do with their baby’s gender or does it involve something more serious?

As for EJ DiMera (Dan Feurriegel), he’ll continue to insist that he’s innocent of kidnapping. He’ll ask Belle Brady (Martha Madison) to be his attorney and try to convince her that he’s got nothing to do with the incident. However, she may decline because it involves Sami Brady (Alison Sweeney). Belle may be reluctant at first but she’ll end up helping EJ, eventually.