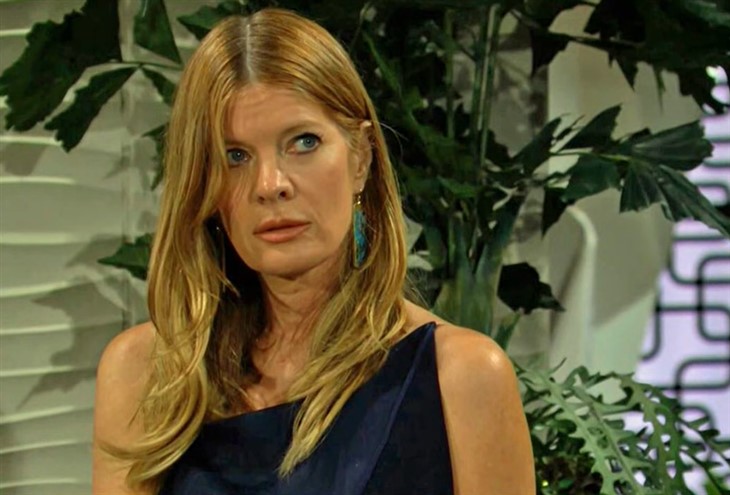 The Young and the Restless spoilers reveal that Phyllis Summers (Michelle Stafford) had a complete meltdown during a recent episode. Phyllis knew she was spiraling out of control and Jack Abbott (Peter Bergman) felt powerless. If Diane Jenkins (Susan Walters) knows she is literally driving Phyllis crazy, she could push her over the edge and right into the psych ward.

The Young And The Restless Spoilers – Phyllis Summers Spirals

Y&R spoilers reveal that Phyllis has been determined to get rid of Diane ever since she turned up alive. Phyllis thought that Diane would stay in Los Angeles but was blindsided when the villain turned up in Genoa City. Not only did Diane come to town but checked into Phyllis’ hotel, the Grand Phoenix.

Phyllis has been pushing for Diane to leave town. However, Diane refused to leave until she got an answer from Kyle Abbott (Michael Mealor). Once Kyle made the decision to give his mother a chance, Phyllis completely lost it.

Phyllis rushed over to the Abbott manse to speak with Jack. While Jack stayed cool, calm, and collected, Phyllis ranted and raved. Phyllis was flipping out so bad that she looked as if she would collapse or have a heart attack.

It was clear that Jack’s heart ached for Phyllis as he watched her hyperventilate and scream about Diane. Phyllis was aware that she was spiraling and eventually, did calm down.

The Young And The Restless Spoilers – Diane Jenkins Seizes Opportunity

The Young and the Restless spoilers reveal that Phyllis might have calmed down, but she isn’t giving up on getting rid of Diane. In fact, Phyllis recruits Summer Newman-Abbott (Allison Lanier) to help her with a plan to eliminate Diane. Meanwhile, Kyle tells Jack about Diane’s new temporary residence.

When Diane learns that Phyllis is mentally spiraling, she could capitalize on that. Diane probably figures that if she can get Phyllis out of the way for a while, she could get closer to Kyle and Jack. Diane might even gaslight Phyllis. Perhaps she will even set some disturbances in motion to make others think Phyllis is literally losing her mind.

Of course, Diane will make sure that she can’t be tied to Phyllis’ descent into madness. At some point, Phyllis’ loved ones will be forced to step in.

If Diane’s plan works and Phyllis is sent to a psychiatric hospital, that will give the villain an opening. Jack and Kyle will think Diane is the sane one in the dynamic. Diane could even offer her fake sympathy and try to support Phyllis’ recovery. Of course, with Phyllis out of the way, Jack will be lonely for companionship once again.

It was teased by the head writer in Soap Opera Digest that Diane could make headway with both Kyle and Jack. So, what happens when Phyllis is released and finds Diane has already moved in on Jack?