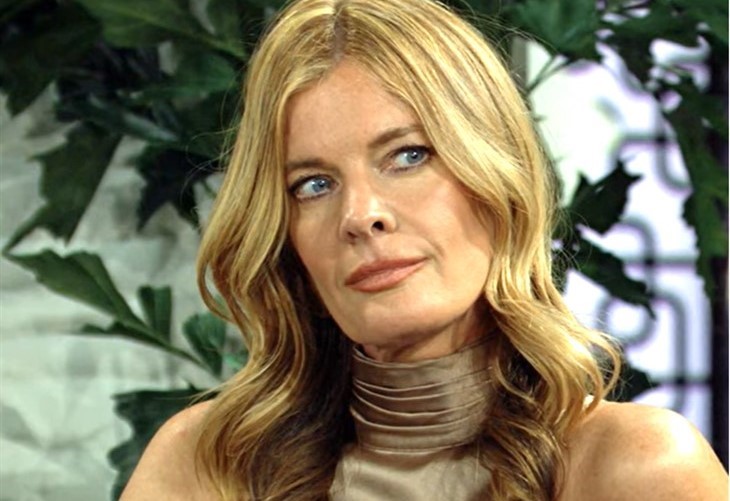 The Young and the Restless (Y&R) spoilers for Monday, May 30, 2022, reveal Phyllis not stopping in her quest to rid Genoa City of Diane once again.

The Young And The Restless Spoilers – Will This Plan Do The Trick?

Phyllis Summers (Michell Stafford) is not about to let Diane Jenkins (Susan Walters) ruin her life again. She also thinks she is about to ruin Jack Abbott’s (Peter Bergman) life, Kyle Abbott’s (Michael Mealor) life, and Summer Newman Abbott’s (Allison Lanier) life and that just can’t happen. On Friday, Phyllis did her best to enlist Summer in her plot to take Diane down and now she wants to let Jack in on her little plot. Will he go along with it?

Jack is also concerned about Diane but not as anxious about it all like Phyllis is. Well, Phyllis can’t have that. Jack has to join her side and join in her crusade. Genoa City can’t handle another round of Diane. She convinces Jack to strategize with her, but will he like her strategies if they seem to become a little extreme?

Perhaps Kyle should get to know his mother. He’s been given a second chance. Just the idea of that sends shivers up Phyllis’ spine.

Poor Sharon Rosales (Sharon Case) is not sure what to do to go on with her life not that Rey Rosales (Jordi Vilasuso) is gone, memorials have been had, and Mariah Copeland (Camryn Grimes) and Tessa Porter (Cait Fairbanks) are married. She needed to keep her mind distracted and she did, but now she feels idle, so now what? She feels she has nobody to take care of and she needs to be taking care of people right now just to cope.

Spoilers say that Sharon stands her ground on Monday, but what does she insist on. Does the therapist insist she is fine and doesn’t need therapy? What can be going on with Sharon that maybe a little bit of Nick Newman (Joshua Morrow) couldn’t help her with? After all, we assume Rey is dead because Shick is endgame, right? So, let’s get on with it. Stay tuned to The Young and the Restless weekdays to see how these stories play out.