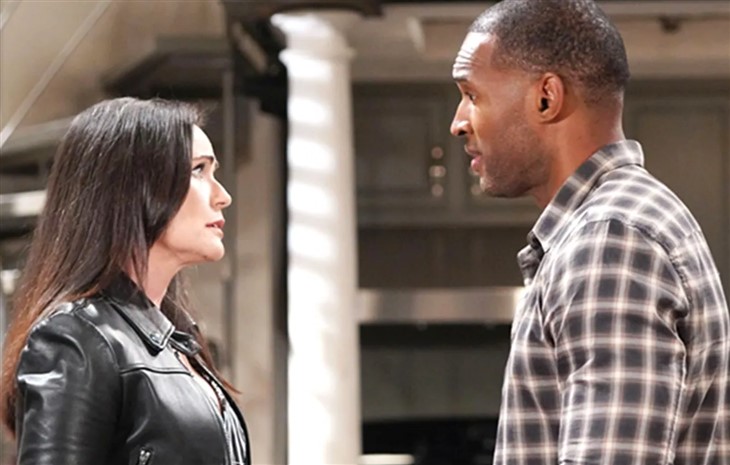 The Bold and the Beautiful (B&B) spoilers for Monday, May 30, 2022, reveal Carter caring more about what happens to Quinn than anyone else.

The Bold And The Beautiful Spoilers – Paris Buckingham Is Big Trouble

Grace Buckingham (Cassandra Creech) once again warned her daughter, Paris Buckingham (Diamond White), that she needs to choose Zende Forrester (Delon De Metz) over Carter Walton (Lawrence Saint-Victor), but Paris just won’t budge. As she tries to cozy up to Carter more, he gets more and more worried about her obsession with him. He doesn’t believe they should be together and he can easily see how she feels about Quinn Fuller Forrester (Rena Sofer) and decides to warn Quinn.

He tells her that Paris may try to ruin her life and do it by coming after her marriage Eric Forrester (John McCook). Neither do either of them know that her marriage seems to be on its last legs without Paris’ help at all. Donna Logan (Jennifer Gareis) is helping see to that and Eric has no problem allowing this. It would be nice to see Quinn take on both these women at the same time. Paris and Donna had better watch their backs.

B&B Spoilers – Steffy Forrester Is Beside Herself

It’s hard for Steffy Forrester (Jacqueline MacInnes Wood) to keep it together while recovering from a gunshot wound, having two little kids to take care of, and mourn her husband. Of course, she doesn’t have to be mourning her husband because he is very much alive–well, at least he is alive. He is comatose and who knows if he will ever pull through but Steffy doesn’t know this.

No matter. At least she has Ridge Forrester (Thorsten Kaye) and Thomas Forrester (Matthew Atkinson) to give her some comfort. She needs her family around her now more than ever, but she still knows that Li Finnegan (Naomi Matsuda) is acting strange. Maybe this is the way she just deals with grief and shock. But it’s still rather odd that she had Finn cremated without telling her so at first. She might have to have a talk with her about that and about having an actual memorial service. Stay tuned to The Bold and the Beautiful weekdays to see how these stories play out.