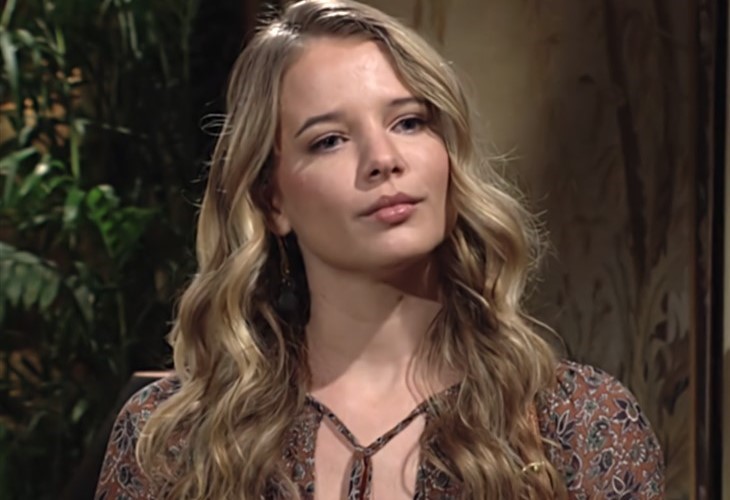 The Young and the Restless spoilers reveal that Summer Newman-Abbott (Allison Lanier) could have a proposition for Sally Spectra (Courtney Hope). It would be an interesting and unexpected twist but one that would make sense. After all, Summer and Sally would make a powerhouse team if they could put their past behind them.

The Young And The Restless Spoilers – Summer Newman-Abbott’s Grown

Y&R spoilers reveal that Summer has grown a lot since taking the job at Marquetti in Milan. Co-head writer and executive producer Josh Griffith told Soap Opera Digest that Summer would come back a strong, independent businesswoman. Fans have seen a few changes in Summer already.

Not only has Summer grown professionally but personally as well. Summer seems to have changed for the better after marrying Kyle Abbott (Michael Mealor) and raising her stepson, Harrison Locke (Kellen Enriquez).

Summer has noticed some alarming financial reports at Marquetti. However, Summer thinks that Jabot should buy the Milan fashion design company. That would allow Summer and Kyle to stay in Genoa City.

Some employees might make the move with the company. However, others would stay in Milan. That means some local talent could be recruited to fill in the gaps for certain positions.

The Young And The Restless Spoilers – Sally Spectra Tempted

The Young and the Restless spoilers reveal that Summer could make an unexpected move regarding Sally. Despite their volatile and scandalous past, Summer and Sally could work together again.

Sally might be all about drama and schemes, but she has talent. Summer will recognize this. If Summer has really grown professionally, she will want to tap into Sally’s talent for Marquetti. It would be a smart business decision if the two women can actually work together.

However, that means Sally would have to make a tough decision. Sally has been loyal to Adam Newman (Mark Grossman). If Summer offers Sally a job, this might be great for her career. However, that means no longer being Adam’s right-hand woman at Newman Media.

What complicates the situation is that Adam is scheming after getting pushed aside by Victoria Newman (Amelia Heinle). Adam relies on Sally both personally and professionally right now. Sally will have to make a choice. If Sally decides to take Summer’s job offer, it could negatively affect her relationship with Adam. Is that a sacrifice she’s willing to make?

Do you think Summer will offer Sally a job? If so, will Sally sacrifice her relationship to take the next step in her career? We will have to keep watching the CBS soap to see what happens next.