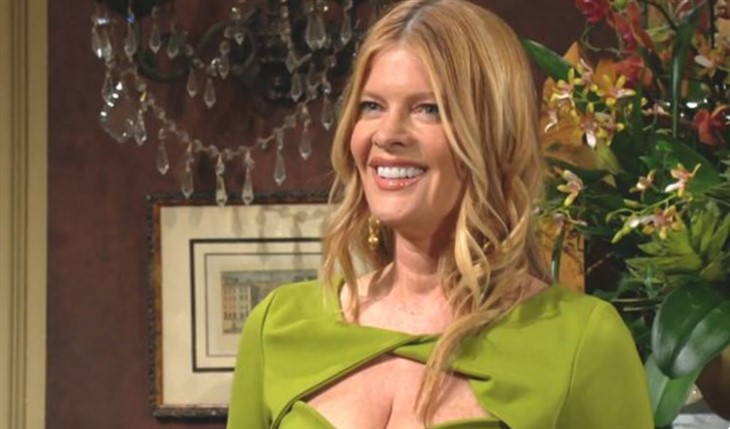 The Young and the Restless spoilers document that Phyllis Summers (Michelle Stafford) is happy with herself. She made anonymous contact with Jeremy Stark (James Hyde) and ratted on Diane Jenkins (Susan Walters).

Diane fears Jeremy’s wrath and is right to do so. Thankfully she has Jack Abbott (Peter Bergman) and Kyle Abbott (Michael Mealor) backing her. Kyle is insisting that his wife, Summer Newman Abbott (Allison Lanier), shut down her mother but does not know that soapy cat is out of the bag.

Hyde’s character was introduced in the recent past though Diane’s memories and were set in Los Angeles, California. Tucker McCall (Trevor St. John) tipped the involved characters off to Jeremy’s imminent, early release from prison, which sent Diane into a panic.

The Young And The Restless Spoilers – Nikki Newman Underestimates Threat

Nikki Newman (Melody Thomas Scott) wanted to push ahead with the Diane plan. She did not think Jeremy would pose a threat to Diane or anyone else.

But Nikki was not calculating or did not care about how mad Jeremy would be if he learned Diane was the one who put him in prison. Nikki has no use for Diane because she framed her for a murder that never happened.

Diane recognizes that she will likely never be Nikki’s favorite person and is standing firm against the trio of ladies that want to force her out of Genoa City, Wisconsin.

But Ashley Abbott (Eileen Davidson) has developed a different perspective. She wanted to take a more measured approach.

Davidson’s character still would prefer if Diane left GC voluntarily or involuntarily. But she did not want to use the Jeremy angle because she fears he could target multiple individuals.

Ashley also said something surprising to Nikki. She does not want Diane to be hurt. That revealed Ashley’s depth of understanding regarding how serious this situation could quickly become.

The Young And The Restless Spoilers – Phyllis Summers Goes Ahead

Phyllis did not know Ashley changed her mind when she anonymously spoke to Jeremy. Her tell to him about Diane being the source who helped the authorities imprison him blows the lid off the back-off approach.

So, drama is ahead for Diane and those connected to her. But what else is new when it comes to Walters’ character?

Viewers should anticipate tension that likely puts Diane near Jack, who seems to be growing fonder of his youngest son’s wife by the day. Whether Ashley’s fears prove true will soon be seen on Y&R.