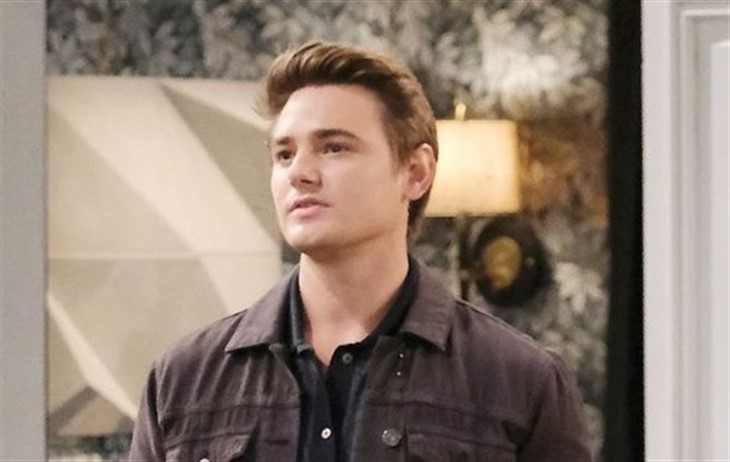 Days Of Our Lives Spoilers – Marriage Under False Pretenses

Gabi will truly be marrying Li Shin (Remington Hoffman) under false pretenses, because she believes that Stefan doesn’t remember their great love or his feelings for her. In fact, she actually did find out but Dr. Wilhelm Rolf (Richard Wharton) gave her a shot so she wouldn’t remember what she’d overheard. This was the same kind of shot that Rolf tried to give Johnny and Wendy Shin (Victoria Grace) but they turned the tables on him, or should that be turned him?

They overpowered Rolf and tied him down to his own examining table and got the truth out of him! They knew everything now, but when Wendy confronted Li and Johnny confronted EJ DiMera (Dan Feurreriegel) they swore them to silence, even though they both know it’s all wrong.

Days of Our Lives spoilers show Johnny feels haunted in a sense by his grandma Susan Banks (Stacy Haiduk) who always told him to tell the truth; Grandma Susan wouldn’t go along with this at all. Perhaps it isn’t his truth to tell but he feels guilty about not telling Gabi that she’s marrying Li without knowing the truth about Stefan, and his brainwashing was wrong. It’s all so phony to Johnny, he may be on the outside looking in but he can’t see that Gabi really loves Li– he can see she really loves Stefan.

It’s frustrating when someone knows the truth and can’t tell the truth because they agreed to something they never should have agreed to in the first place. It’s not that Johnny really cares for Gabi that much, but he can see her pain whenever he sees her around Stefan, this deep soul rending grief.

Days Of Our Lives Spoilers – So Close….

It’s good that Johnny doesn’t have to be around Gabi very much because even she can tell something’s wrong when she sees him. She’ll ask him if everything is okay, and of course he lies and says everything is fine, although she knows that he and Wendy tracked down Rolf. She also suspects that Rolf was up to something and they sent him away either so he would stay quiet or for his own protection.

Johnny has come so close, too close, to telling Gabi that Stefan had his memories and his feelings brainwashed out of him. But he knows if he does he could get Wendy in trouble too and he does care about her…he’ll continue struggling because this is a hard truth to keep secret.