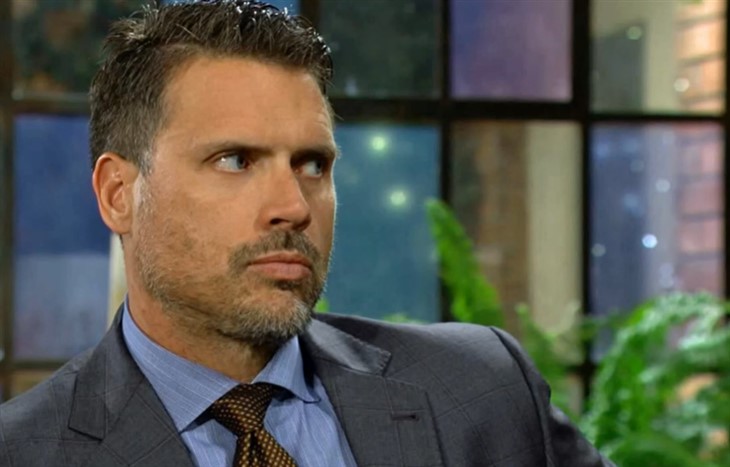 The Young and the Restless (Y&R) spoilers document that Nick Newman (Joshua Morrow) was defending Sally Spectra (Courtney Hope) while she was kissing Adam Newman (Mark Grossman) in a suite at the Grand Phoenix hotel. Victor Newman (Eric Braeden) was right to warn Nick off Sally, but Morrow’s character chose his default stance.

Nick is teased to learn about Sally and Adam being in the suite together. But Hope’s character concludes that being with Adam makes her realize that Nick is the man she wants.

Adam and Sally were drawn to each other and share some form of love. Their similarly reckless personalities are something Nick recognizes and must deal with in Genoa City, Wisconsin.

The Young And The Restless Spoilers – Victor Newman’s Experienced Advice

Victor knows a lot about getting involved with the wrong woman. Her name was Diane Jenkins (Susan Walters).

Viewers heard Victor spit Diane’s full name out of his mouth many times. Intriguingly, TPTB have not written this former couple together that often since Walters reprised the role that she and other actors played in past decades.

Telling Nick to avoid the triangular angst that includes Sally and Adam was wise. Nick rejected his father’s words and may regret doing so.

Adam is like an adult toddler, as Sally referenced. He can not think about anything other than what he wants, and what he wants is Sally.

To his credit, Adam’s instincts about Sally still caring about him are accurate. But he seems to have learned nothing from the relationships and marriages he wrecked in the past.

Sally represents an alternate version of his personality type that feels most similar to who Chelsea Lawson (Melissa Claire Egan) was when she first came to GC. That was after she accepted Victor’s money to frame Billy Abbott (then played by Billy Miller) to split him from Victoria Newman (Amelia Heinle).

The Young And The Restless Spoilers – Sally Spectra In Limbo?

Sally falls for Adam and then was burned by him. She did not seek Nick out, and he did not pursue her.

The Nick-Sally love story is developing naturally. Emphasize its current nature because they are not a full-blown couple, as proven by Sally agreeing to meet with Adam in a hotel suite and then going beyond talking.

Following the GP drama, Sally will need to make a decision. Can she shake Adam or cement a relationship with Nick on Y&R?