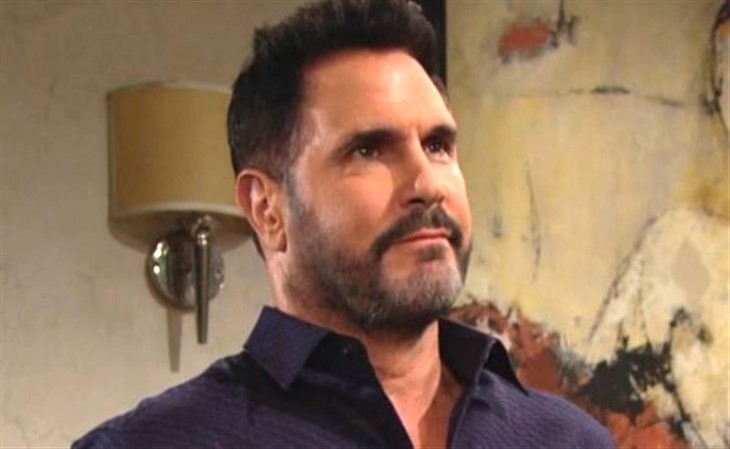 The Bold and the Beautiful (B&B) spoilers reveal Dollar Bill Spencer turning over a new leaf once again, but this isn’t necessarily a good leaf.

The Bold And The Beautiful Spoilers – Dollar Bill’s Sad Rejection

Poor Bill (Don Diamont) has been a very lonely man these last few years. Every time he has attempted to win back Katie Logan (Heather Tom), she has turned him down, sure that he still had feelings for her sister, Brooke Logan (Katherine Kelly Lang). After Katie rejected him earlier in the fall, Bill did learn that Brooke was available again and told her immediately that he wanted to be with her.

Bill did this over and over again and Brooke kept rejecting him. When Bill finally got the hint, he turned to Katie again — literally two minutes after Brooke’s latest time turning him down. Katie knew what was up and said, sorry, no thanks, after laughing at him. Even Carter Walton (Lawrence Saint-Victor) heard everything he said to both women and put him in his place.

Now, Bill is left all alone to wallow in self-pity and thinks this idea to try to be a better person may have been a bit overrated.

In a show of defiance to the world, Bill does something private that he hopes people will notice in public. He puts his sword necklace back on. This is a big deal for Bill because at one time that necklace defined him.

“The necklace was an object and a manifestation of who Bill is and how Bill saw himself,” Don Diamont said in the December 12, 2022, issue of Soap Opera Digest. “He was a pirate. He took no prisoners. When he took it off, it was a big deal, and now he puts it back on because he feels things are crumbling around him.”

Bill is determined to put his life back together and if that requires him to be a little more ruthless, then that is where he is going to go. Too bad whatever the show was going for with Li Finnegan (Naomi Matsuda) seems to have fallen by the wayside, but perhaps Li can be the one to save Bill from himself this time. Stay tuned to The Bold and the Beautiful weekdays to see how this story plays out.