The Young And The Restless Spoilers: Tucker’s Attack On Newman Media– Nate Pays The Price 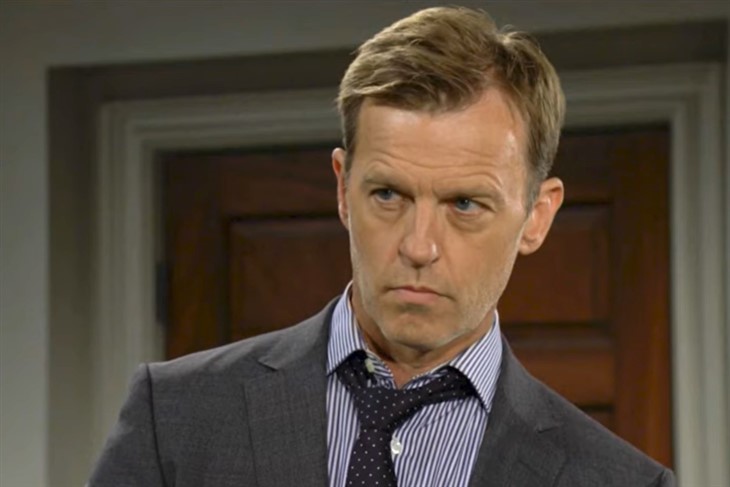 The Young and the Restless (Y&R) spoilers tease that Tucker McCall’s (Trevor St. John) attack on Newman Media could end badly for Nate Hastings, Jr. He could take the fall for Tucker’s master plan, with Victoria Newman (Amelia Heinle) getting caught up in the mix.

Tucker has a sneaky plan to take over Newman Media, Jabot, and Chancellor Winters. Nate messed up his hostile takeover plot when he ruined the IPO launch. Tucker has to rely on Audra Charles (Zuleyka Silver) to feed him information.

Nate has made it nearly impossible for Audora to get information for Tucker to use. Tucker’s mole has been coming up empty-handed. And the business mogul blames Nate for the lack of information.

The Young And The Restless Spoilers – Tucker McCall Wants Revenge

On Thanksgiving, Tucker issued a threat, promising Nate would regret betraying his son, Devon Hamilton (Bryton James). He felt protective of Devon, responding to his son’s emotional pain. Devon should have expected Nate to betray him. However, he didn’t expect it, leaving him reeling after learning about the betrayal.

If Devon is honest about the situation, he’d have to admit that he wants revenge after Nate’s betrayal. Y&R spoilers state that Devon told Tucker he didn’t want him to fight his battles, but it was sweet of him to stick up for him.

Tucker apologized, stating he wanted to protect his son from harm from Nate. He sees Nate as an opportunist who will step on anyone to get his way. Most soap fans agree with Tucker’s assessment of Nate.

Over the past few months, Nate showed the Y&R viewers he’s arrogant and full of himself. He (falsely) believes that he can take on Tucker. The soap fans know that just isn’t true. He isn’t equipped to take on Tucker.

If that’s not bad enough, Victoria believes she can outsmart Tucker. She can’t imagine a scenario in which Tucker would win, leaving her confident that she will squash him. When it all goes down, Victoria will need someone to blame, and Tucker pulls his big move. The person that Victoria throws under the bus will probably be Nate. Eventually, he will pay for betraying Devon and the rest of Chancellor Winters’s staff.

Y&R fans, would you like to see Tucker take Victoria and Nate down? Keep watching Young and the Restless, airing weekdays on CBS and streaming on Paramount Plus. This site is a leading source for everything linked to The Young and the Restless. Check back regularly for Y&R spoilers and news!

Days Of Our Lives Spoilers: Furtive Glances At The Salem PD-Is Trask Taking Bribes From Sloan?