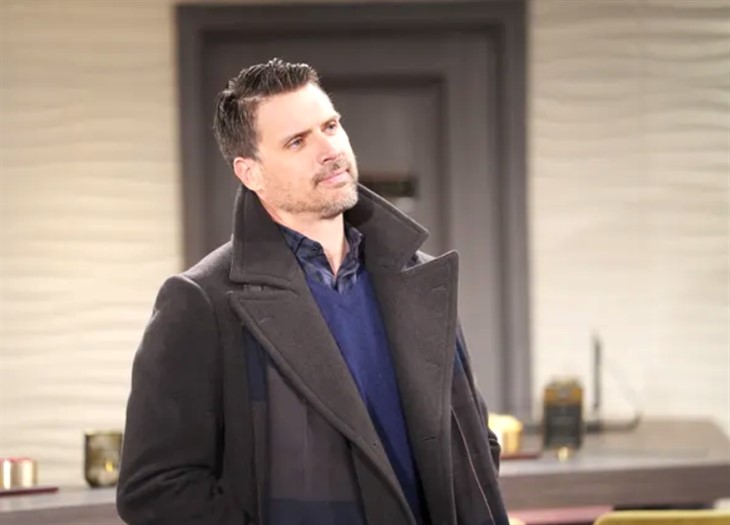 The Young and the Restless spoilers document that Nick Newman (Joshua Morrow) is looking forward, not back, after a combination of factors refreshed his outlook. Nick’s family is again seen as a source of strength.

Nick’s birthday provides a time for his family members and friends to express their appreciation for him. Morrow’s character will feel even more deeply grateful for the life he has.

The stark change in Nick’s demeanor comes after he was dwelling on exaggerated problems, which continued a pattern devoted fans have seen through the years.

New Hope is the non-profit organization Nick founded that provides affordable housing to Genoa City, Wisconsin’s less fortunate population. One of Y&R’s social messages, presented through that plot vehicle, has not served as a source of many deeper storylines.

It would be good to see Nick and his main financial backer, Devon Hamilton (Bryton James), be part of a story that centers on some residents that live in New Hope. That would allow viewers to see side character development, or even new, regular character development, rather than sporadically hear about all the good work Nick is doing.

Nick has often thought himself into knots. Doing so alienated Phyllis Summers (Michelle Stafford), which led to the latest break in the on-again, off-again connection they have had across many years.

Victor Newman (Eric Braeden) had seen his oldest son chide him before. But the Moustache was taken aback at Nick’s most recent dress-down.

It is undeniable that Victor has done cruel things to his children. However, citing his dad for favoritism toward Adam Newman (Mark Grossman) and then claiming that Victor was pitting Adam and Victoria Newman Locke (Amelia Heinle) against each other was wrong in both instances.

Thankfully, Nikki Newman (Melody Thomas Scott) got her two guys together. Nick’s heart-to-heart with his dad had Victor telling his son that he was a better father than him. That hit the bullseye with Nick, and peace was made.

Nick is fulfilled through his charitable endeavors at New Hope. Noah Newman (Rory Gibson) has an offer to join his dad in what could set the stage for a good father-son tale.

Beyond work, Nick needs to find a new love or renew an old one. Chelsea Lawson (Melissa Claire Egan) was all smiles the first time she saw Nick after returning to town. Their romantic pairing did not last, but another chance is worth exploration.

And then there is Sharon Rosales (Sharon Case). She is Nick’s most unique confidant. But Sharon is married to Rey Rosales (Jordi Vilasuso) now. However, this is soap, where possibilities are endless.