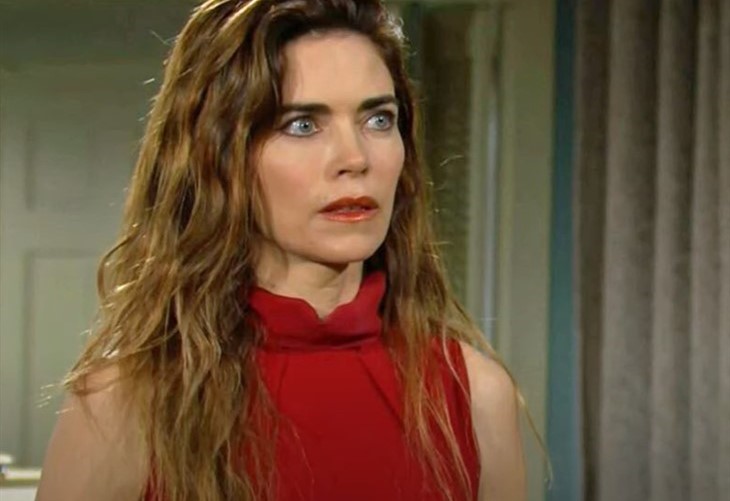 The Young and the Restless spoilers reveal the preview for the week of January 10 has been released. Expect Victoria Newman-Locke (Amelia Heinle) to turn to Victor Newman (Eric Braeden). Nick Newman (Joshua Morrow) is blindsided in a good way while Michael Baldwin (Christian LeBlanc) gets help from his loved ones with a dilemma.

The Young And The Restless – Victoria Newman-Locke’s Revenge

Y&R spoilers reveal that Victoria thought she was going to make a deal with Billy Abbott (Jason Thompson). However, Victoria was stunned when Billy came to her and said there would be no deal. Billy admitted that he went straight to Adam Newman (Mark Grossman) and told him the truth about his scheme.

In the preview for the week of January 10, Victoria makes her next move. Victoria turns to Victor and offers to buy Newman Media. Victor looks at his daughter with surprise, but also seems intrigued. If Victor agrees, how will Adam react, especially since Billy’s words are haunting him?

Next in the preview is Nick, who appears to be blindsided but not in a bad way. Nick shows up to have all his loved ones arranging a surprise for him. Nick tries to leave but Faith Newman (Reylynn Caster) stops her father. Faith says he’s not going anywhere and calls him birthday boy. Then, Nick is guided to a chair, where he sits down. What do they have planned for Nick?

The Young And The Restless – Michael Baldwin’s Conflict

The Young and the Restless spoilers reveal that it was teased in the 2022 preview that Michael would go through a dilemma. The preview explains exactly what that means. Michael admits to his loved ones that he doesn’t know whether to retire or not.

It is also teased that the division between certain Newman family members will escalate. Nikki Newman (Melody Thomas Scott) will become increasingly concerned about this. However, can she help her family mend fences? Plus, will Adam turn back to the dark side as he can’t forget about Billy’s last words to him? With Victoria’s next move and Victor’s decision, Adam could revert back to his old ways.

Which storyline are you looking forward to seeing the most during the week of January 10? What are your predictions for the residents of Genoa City? Share your thoughts with us and remember to keep watching the CBS soap to see what happens next.