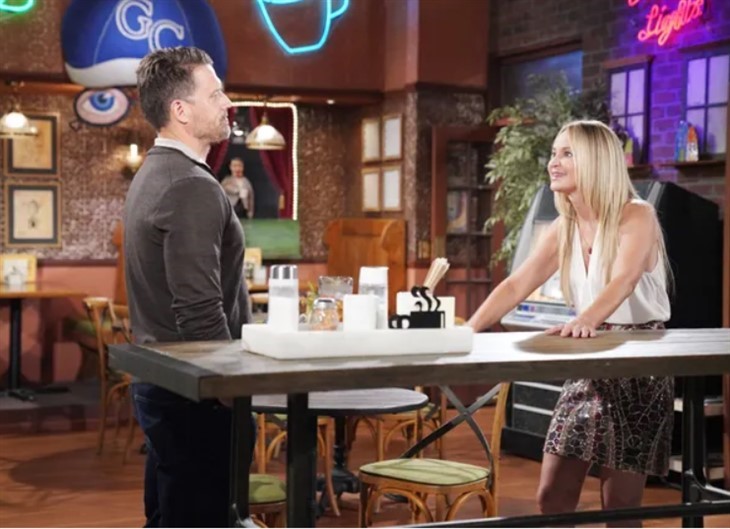 The Young and the Restless (Y&R) spoilers for Monday, January 10, 2022, reveal Sharon and Nick’s discussion the other day having quite an effect on the both of them.

Sharon Rosales (Sharon Case) was both taken aback and flattered when Nick Newman (Joshua Morrow) told her that his Christmas dream told him who the people are in this life who keep him grounded — his children and her. (No mention of Phyllis at all.) While this is great news for Shick fans who have waited patiently for this endgame couple to reunite, it’s not good news for Rey Rosales (Jordi Vilasuso) when his wife decides to plan a surprise for Nick.

Rey watches helplessly as Sharon gathers assistance for this surprise and he should at least be happy this is one of Sharon’s exes who he actually likes.

Y&R Spoilers – Abby Newman Is At A Loss

We’re not sure why Abby Newman (Melissa Ordway) just expected Chance Chancellor (Conner Floyd) to walk into fatherhood all bonded with a baby who is not biologically his after a traumatic experience trying to catch bad guys in Europe. After all, Abby went ahead with this surrogacy plan without him even there and he never got a chance to be around for any of the pregnancy of Dominic’s early days.

As Chance keeps trying to make it clear to her he is having trouble bonding with this baby, Abby thinks time will make it better. But in her mind she is also distraught and decides she has to think of a way to get her perfect white picket fence family once and for all.

The Young And The Restless Spoilers – Devon Hamilton Is Taking Action

If Devon Hamilton (Bryton James) has anything to do with it, Abby won’t have the traditional family she has always wanted. Considering that the family didn’t happen in the traditional way, she shouldn’t be surprised, but of course, she is.

While Devon probably should never have volunteered his swimmers to begin with, he does want to go back on their agreement. But maybe Abby should have thought of Devon’s feelings before using him as a father figure for Dominic for months. Both seem to be in the wrong here, but Amanda Sinclair (Mishael Morgan) thinks she found a legal loophole to make things right — for Devon, at least. Stay tuned to The Young and the Restless weekdays to see how these stories play out.

B&B Spoilers: Zende Has Quite A Surprise For Paris