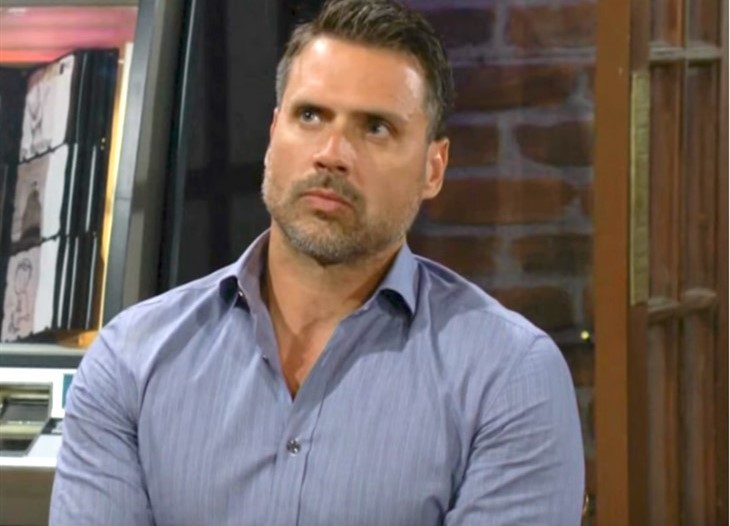 The Young and the Restless (Y&R) spoilers document that Nick Newman (Joshua Morrow) offered his brother no deference. Faced with moving in on Sally Spectra (Courtney Hope), Nick did.

Sally is not Adam Newman’s (Mark Grossman) fiance, or current significant other. She is the woman Adam coldly dropped during an ill-conceived plan to fall on his sword and separate himself from Sally so he could attack the Newman family.

Adam naturally recognizes hypocrisy when learning that Sally and Nick have become romantically involved. If the situation were reversed, all Newmans, everyone in Genoa City, Wisconsin, and random strangers from across the globe would be condemning Adam. But Nick does what he did with what consequences?

Adam realized that he treated Sally badly. They had a good conversation at the Genoa City Athletic Club’s fabulous rooftop pool bar. That chat implied to the audience that a couple’s comeback would follow.

Grossman’s character remains the doomed man in an enduring film noir. He can not win, with even minor victories being followed by a slap across his face.

Nick is used to having a good woman by his side. Approximately a year has been spent seemingly building a nostalgic bridge between him and Sharon Rosales (Sharon Case). But now Nick connects with Sally?

The sudden and tragic death of Rey Rosales (Jordi Vilasuso), combined with Nick’s single status, after he broke from Phyllis Summers (Michelle Stafford) in the recent past, enabled an open path. Longtime Shick fans were hopeful that their favorite couple might be in the process of reuniting.

The link to Sally could prove short-lived, allowing the reunion with Sharon to happen. Then again, Adam might have been a stopping-off point for Sally to Nick.

The Young And The Restless Spoilers – Sally Spectra Controls The Game

Sally spent months chasing after and chatting up Adam. She was in love with him, and he knew it.

Adam delayed the start of their relationship, possibly sensing that heartbreak was ahead. But eventually, Adam gave in, and it seemed like marriage and children would follow.

At this point in the combined storylines, Sally is calling the shots. But Adam now seems unlikely to want to revisit their relationship. Instead, he and Nick will fight on family and possibly business fronts on Y&R.