The Young And The Restless Spoilers Wednesday: Things Get Ugly For Devon And Nate 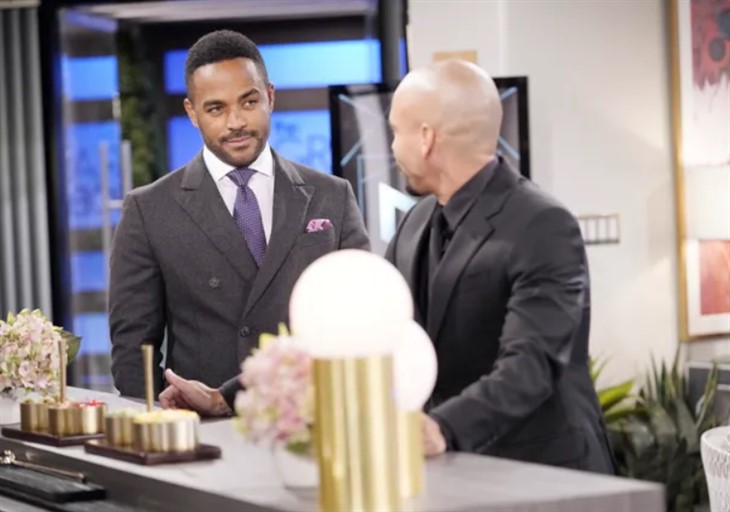 The Young and the Restless (Y&R) spoilers for Wednesday, September 14, 2022, reveal Nate stomping out in a rage.

The Young And The Restless Spoilers – The Last Straw For Nate Hastings ?

Nate Hastings (Sean Dominic) has just about had it with life and he has especially had it with working for Devon Hamilton (Bryton James). Why either man ever thought this would work out considering their history over the last two years is beyond us, but they gave it the old college try.

Devon does his best to allow Nate to air his grievances like it’s Festivus in September but Devon doesn’t exactly stand there and listen. He just counters everything that Nate is saying to tell him how terrible he is. So, Nate does the same and the two men get absolutely nowhere in resolving things, so Nate just ups and quits. How will Elena Dawson (Brytni Sarpy) feel about this? But, more importantly to the drama, how will Imani Benedict feel?

Things get a little hot and heavy for Sally Spectra (Courtney Hope) and Nick Newman (Joshua Morrow) and then a little dicey when Adam Newman (Mark Grossman) shows up. Of course, they do not allow him to know what they were doing on the couch, but he can sense that his brother and his ex are becoming closer than he ever expected.

This sounds like a new Newman battle is heating up as Adam and Nick always amazingly want to be with the same women.

When The Great Victor Newman (Eric Braeden) offers a warning, he takes his time and has a lot to say. That is why he is on a second day of a tirade against Jack Abbott (Peter Bergman) for hiring Adam as his new co-CEO. Jack has to be up to something underhanded and Victor is determined to find out what it is. There is no way he could have hired Adam on his experience and merits.

Will Jack innocently defend himself and will Victor buy whatever he has to say? These men have been enemies for decades and the truce they have had was bound to end soon. Stay tuned to The Young and the Restless weekdays to see how these stories play out.

Days Of Our Lives Spoilers: No Happily Ever After For Xarah

The Bold And The Beautiful Spoilers: Liam Lets Loose On Hope