Y&R Spoilers: Nick Gets A Dire Warning And A Test Of Loyalty 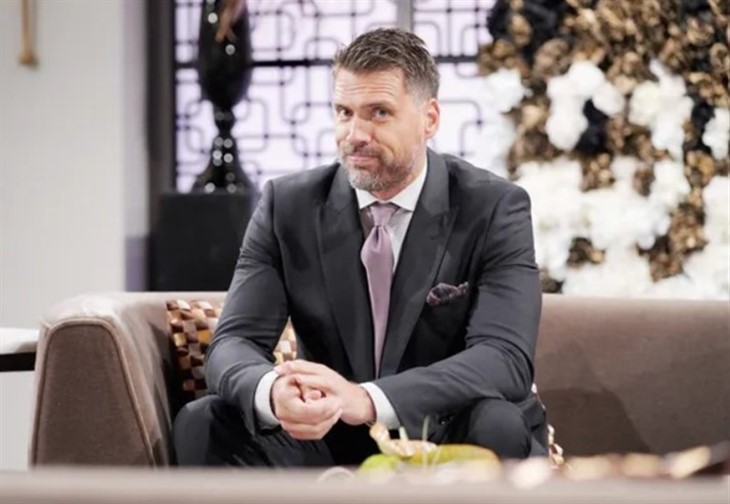 The Young and the Restless (Y&R) spoilers and updates tease Nick Newman (Joshua Morrow) has been trying to stay away from the problems in his family. Nick loves his family but the Newman family has many conflicts. Nick decided that he needed to stay out of the Newman family power struggles when his sister Victoria Newman Locke (Amelia Heinle) married Ashland Locke (Robert Newman). Nick may find that he will have to take an active part in his family soon.

Nick has had trouble dealing with his father Victor Newman (Eric Braeden). Nick and Victor did not agree with each other over Victoria marrying Ashland. Nick had been concerned about Ashland because he had many secrets in his past. Nick believed that Victoria should not marry Ashland. Nick could not support Victoria and Ashland’s marriage. Nick had been at odds with his family because they accepted Victoria and Ashland being together. Nick does not know that Victor has found out that Ashland is keeping another secret from Victoria. Ashland has told everyone one that he has cancer but that may not be the truth. Victor is trying to find a way to protect his family from Ashland. Victor will want Nick to take action if Ashland wants to try to do something to hurt Victoria or put the Newman family in danger. Victor will want to test Nick in some way to make sure that he is ready to help his family.

Y&R Spoilers – Nick Newman Gets A Warning From Sharon Rosales

Nick has been spending time with his ex-wife Sharon Rosales (Sharon Case). Nick and Sharon have remained friends. Nick and Sharon have wanted to make sure that their children Noah Newman (Rory Gibson) and Faith Newman (Reylynn Caster) get what they want in their lives. Nick has gotten Noah to work with him at his charity foundation New Hope. Nick has been happy being able to live his own life away from the stress of dealing with his family. Sharon knows that Nick loves his family but she has been happy that Nick has found peace of mind. Nick may find that he will need to give his support to his family in the future to deal with Ashland. Sharon may warn Nick to do what he needs to do to help his family but not to be consumed by their problems. Sharon still cares about Nick and wants the best for him.

The Young and the Restless Nick may be drawn back into the problems of his family. Nick may need to help Victoria to deal with being betrayed by Ashland. What will Nick do to help Victoria be able to decide what she wants to do about Ashland? Nick may have to help Victor to protect the Newman family from Ashland. Can Nick help Victor to keep Ashland from taking everything from his family? Nick may need to turn to Sharon for her help and guidance. Will Nick get the support that he needs from Sharon to take care of his family and himself? Be sure to catch up on everything happening with Y&R right now. Come back here often for The Young and the Restless spoilers, news, and updates.