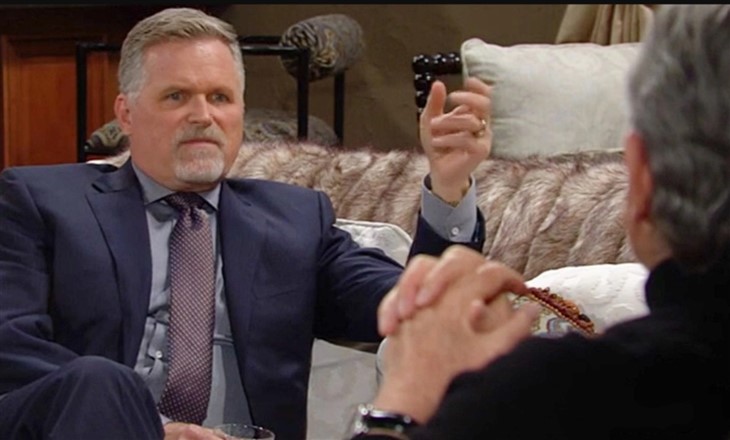 The Young and the Restless (Y&R) spoilers for Wednesday, March 2, 2022, reveal Victor deciding he has all the proof he needs to bring Ashland down once and for all.

Every piece of evidence Michael Baldwin (Christian J. Le Blanc) presented regarding Ashland Locke’s (Robert Newman) fake condition seemed credible to The Great Victor Newman (Eric Braeden), especially when the doctor from Peru confirmed on video that Ashland paid him to fake his medical records. This means war for Victor. How dare this man attempt to take over his company and fool his foolish daughter. Victoria Newman Locke (Amelia Heinle) was so taken by this man that she needed Daddy to pay for a destination wedding. But, as always, Victoria’s judgment on men is a bit off.

Victor finally decides to confront Ashland on what he knows, but will Ashland have yet another cover story ready like he has for the past year. Every secret someone learns, Ashland has a perfectly reasonable explanation. Is he running out of excuses? When Victor gives Ashland an ultimatum regarding Victoria what will Ashland do?

As her husband looks for a way out of another mess with Victor, Victoria remains her witchy self, especially when it comes to her brother, Adam Newman (Mark Grossman). The pair are still locking heads over business and who is in charge of what.

Adam is not about to let Victoria take everything he worked so hard for just because she thinks she is entitled to everything, but how far is he willing to fight his sister on this one? Victor better watch what his oldest child and youngest child are doing to one another before things turn ugly.

The Young And The Restless Spoilers – A Break From Corporate Drama

Other things are actually happening in Genoa City that has nothing at all to do with Ashland Locke. Romance is on the horizon when Tessa Porter (Cait Fairbanks) decides that Mariah Copeland (Camryn Grimes) needs a break from everything. What surprise does she have in store for her that doesn’t involve her brother, Noah Newman (Rory Gibson)? Or babies. Stay tuned to The Young and the Restless weekdays to see how these stories play out.

Y&R Spoilers: Nick Gets A Dire Warning And A Test Of Loyalty