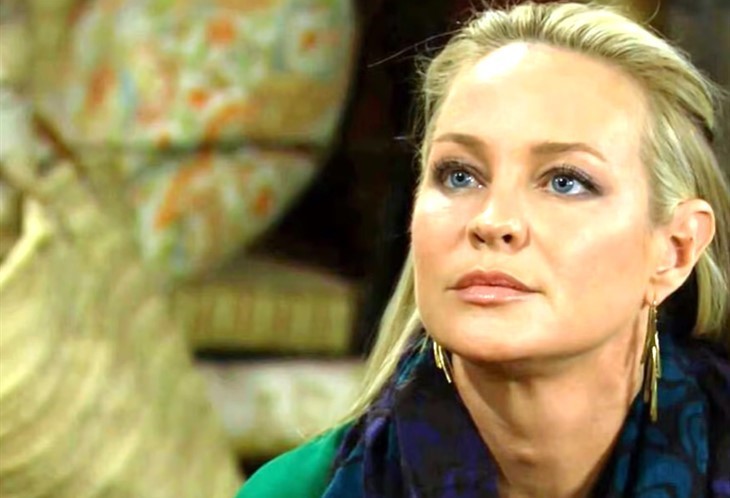 The Young and the Restless (Y&R) spoilers reveal that Victor Newman (Eric Braeden) tries to lure Nick Newman (Joshua Morrow) back into the family’s neverending drama. Nick isn’t interested, especially since Victoria Newman-Locke (Amelia Heinle) is barely speaking to him. However, Victor could convince Nick. This causes Sharon Rosales (Sharon Case) to step in.

The Young And the Restless Spoilers – Victoria Newman-Locke’s Rift

Y&R spoilers reveal that Nick was truly concerned about Victoria’s relationship with Ashland Locke (Robert Newman). Nick tried to dig into Ashland’s past despite Victoria telling him not to. Even though Nick tried to smooth things over with Victoria, they are still barely speaking.

The rift with Victoria as well as splitting with Phyllis Summers (Michelle Stafford) led Nick to a decision. Nick wanted nothing to do with his family’s drama anymore.

Speaking to Soap Opera Digest, Morrow confirmed that Victor will try to get Nick involved in his war against Ashland. However, Nick wants nothing to do with it. That is when Victor tells Nick that Ashland’s actions affect the entire family, including Nick.

“When Nick was first asking questions about Ashland, the family didn’t stand behind him, even when he turned out to be right. The last time Nick went down that road, it backfired and it’s still backfiring because he and Victoria are barely speaking to each other.”

The Young And the Restless Spoilers – Nick Newman Lured Back In?

The Young and the Restless spoilers reveal that Victor will insist that Nick needs to band together with the family. When Nick resists, Victor claims it will be a huge mistake for him to walk away.

“Victor warns Nick that it would be a mistake to walk away, so is he willing to take that risk again or will he get sucked back into the family drama for Victoria’s sake?”

It sounds like Nick will end up giving into Victor. During the week of February 28, Sharon gives Nick a warning. This warning could be about getting involved in Victor’s newest drama. Sharon could also be concerned about Nick facing off with Ashland. Of course, Sharon’s warning could be about Nick further deteriorating his relationship with Victoria. Lately, Nick has been confiding in Sharon a lot, so will he heed her warning?

What do you think Nick will decide to do? Will it be a mistake for Nick to give into Victor or should he step up to help save Victoria? Share your thoughts and remember to keep watching the CBS soap to see what happens next.