The Young And The Restless (Y&R) Spoilers: Jack Deals With Keemo’s Death 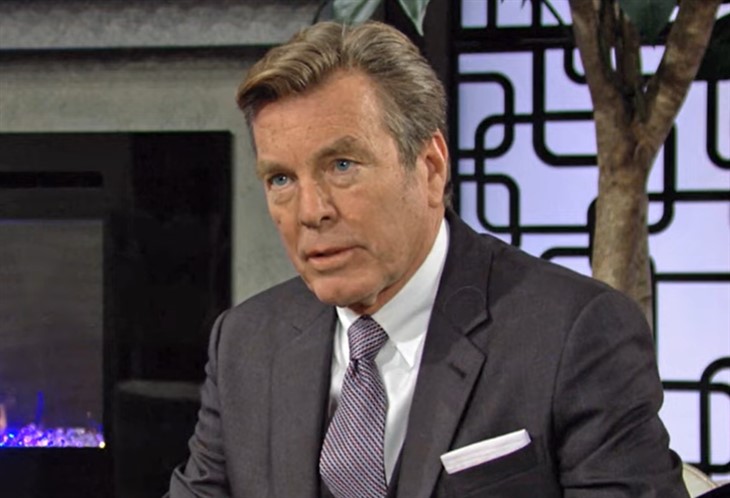 The Young and the Restless (Y&R) spoilers for Tuesday, March 1, 2022, reveal Jack having to come to terms with his son’s death — and needing to break the news to the rest of the Abbott clan.

Jack Abbott (Peter Bergman) still can’t believe he had to find out via an Internet search that his son, Keemo, has passed away. How could that be? And how could nobody tell him? As he’s still absorbing this fact he calls a meeting of the Abbott family so he can tell them what happened even though he doesn’t understand it himself. He didn’t even know Keemo was sick. In fact, he knows nothing about the man’s life but feels he has to find out.

That’s where Phyllis Summers (Michelle Stafford) comes in. She’s not doing anything at the moment, so why not accompany Jack to Los Angeles on a fact-finding mission. Maybe they’ll run into some famous fashion designers there. Eric Forrester (John McCook) is always a sight for sore Wisconsin eyes.

The Great Victor Newman (Eric Braeden) finally has the goods on Ashland Locke (Robert Newman), but he feels he needs both his sons helping him bring the man down. Adam Newman (Mark Grossman) is already on board since he is determined to stick it to Victoria Newman Locke (Amelia Heinle), but Nick Newman (Joshua Morrow) is not so sure he wants to be in a caper that involves Adam. He also remembers how the family — especially Victoria — treated him when did some digging on Ashland’s totally fake past.

Victor has to do a lot of convincing and cajoling to get Nick used to his plan, but perhaps it’s Nikki Newman (Melody Thomas Scott) who does the trick. She has a little talk with Victor and tells him she doesn’t like what he is up to and he changes his tactics slightly because at this point he understands who is boss. Will Victor cut Adam out of his plan to appease Nick or will Adam still be involved, causing more animosity between the brothers in the end? Stay tuned to The Young and the Restless weekdays to see how these stories play out.

Eastenders Spoilers: When Will Gray Finally Pay? Plus, 2 Returns And 1 Exit