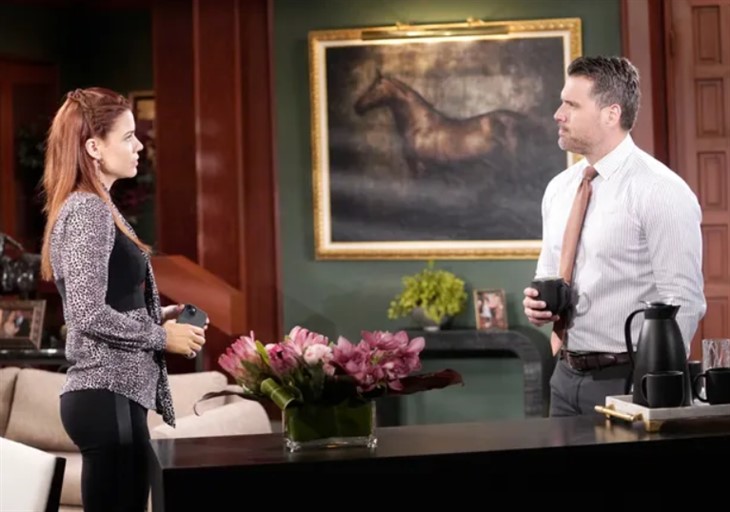 The Young and The Restless spoilers and updates tease in this week’s Soap Opera Digest that Sally Spectra (Courtney Love) will unexpectedly do a 180. She’ll decide she wants Adam Newman (Mark Grossman) back after all, and Nick Newman (Joshua Morrow) will quite likely be blindsided when he finds out.

The Young And The Restless Spoilers  – At Her Wit’s End

Sally is at her wit’s end after Adam unexpectedly proposed to her while drunk, and while she’s on a date with Nick at that. She is full of mixed emotions, truly having wanted a clean start and telling Nick she wants him, but now realizing she still has feelings for Adam as well. On top of that, her job search isn’t going all that well, having been unceremoniously evicted from Newman Media along with her partner Chloe Mitchell (Elizabeth Hendrickson).

Victoria Newman’s (Amelia Heinle) sudden decision to replace both her and Chloe with Nate Hastings (Sean Dominic) who has no experience in what they were doing was a shock. The Young and the Restless spoilers show Nick tried his best to change his sister’s mind and rooted for Sally but he was not able to convince or override her.

Later, a much more sober Adam approaches Sally and asks how she is doing, which feels like salt being rubbed in her wounds, and she’s feeling multilayered pain. Adam, however, didn’t seem so drunk that he blacked out the marriage proposal, and she’s trying to maintain a nonchalant attitude but she can’t. She still has very intense feelings for him that she has made a valiant effort to quash, but she hasn’t been able to and blurts out she’s not doing so well. She tears into him for all the ridiculously romantic things he’s said to her and the proposal, and just lets it fly, but also says she can’t deny her feelings. Adam jumps on that revelation and tells her that’s exactly why they belong together.

The Young And The Restless Spoilers – More Questions Than Answers

Adam gives her a smile that says “I told you so” and that just makes Sally even madder. She’s trying to break free from him but has to be honest with him and herself to even try get him out of her system. He suggests they go somewhere more private to talk and they wind up in her hotel suite.

Sally’s intention is merely to vent to Adam about how he ruined her life and to stay away but instead a profession of love! Then they mutually move into a passionate kiss, and that will lead to more questions than answers for Sally.