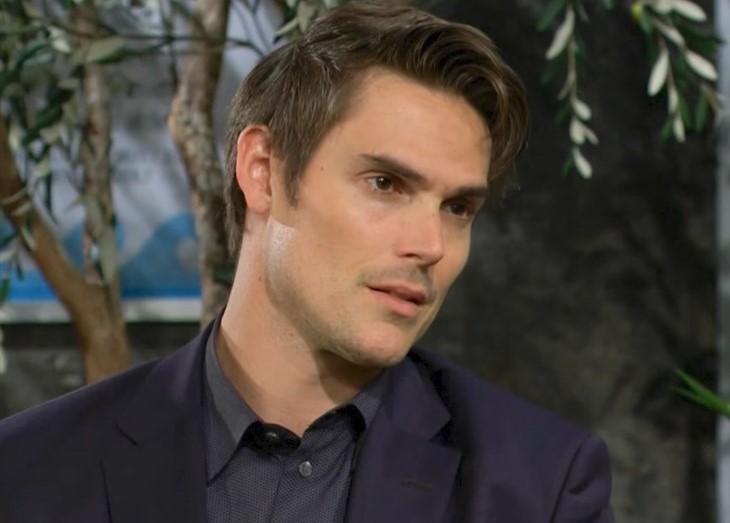 The Young and The Restless spoilers reveal that on November 17 Adam said that Nick would never love Sally because his heart would always belong to Sharon. Of course, if tradition holds out, which it has for years, Nick and Sharon always reunite at some point. Sharon and Nick seem destined to be together. Is this time any different? Does Sally mean more to Nick than Adam thinks?

The mere fact that the writers are using this line makes it almost certain that Nick and Sharon will reunite. Why else would the writers have Adam throw that line in there? Will the writers surprise fans and have Nick stick with Sally? Sharon and Nick may not be reuniting right away, but don’t count them out down the line.

Sally and Nick have had amazing chemistry from the start. Unfortunately, Adam believes that Nick only cares about Sally because of him. Nick seems to genuinely care about Sally and wants to have a relationship with her. However, between Adam and Victor Newman (Eric Braeden), Nick may never get to see where this relationship will go.

Victor could cause a rift between himself and Nick for trying to look up dirt on Sally. Nick has defended Sally against Victoria time and again. Does Victor think that Nick won’t defend Sally against his attacks? Adam is very likely to defend Sally himself. Will Victor cause issues with both sons by going after a woman they both care about?

It seems that Sharon could be set to get involved with Chance Chancellor (Conner Floyd) now that he and Abby Newman-Abbott-Chancellor (Melissa Ordway) have gone their separate ways. Spoilers suggest that Sharon and Chance will grow closer and maybe even get into a romantic relationship. Does Sharon need someone besides Nick in her life?

Nick and Sharon may be pulled back together at times because of certain events, however, that doesn’t mean they will reunite as a couple. Sharon and Nick will always be connected because of their kids either way. Sharon and Nick have a friendly relationship and it could stay that way. Will Nick and Sally be given a fair shot as a couple?