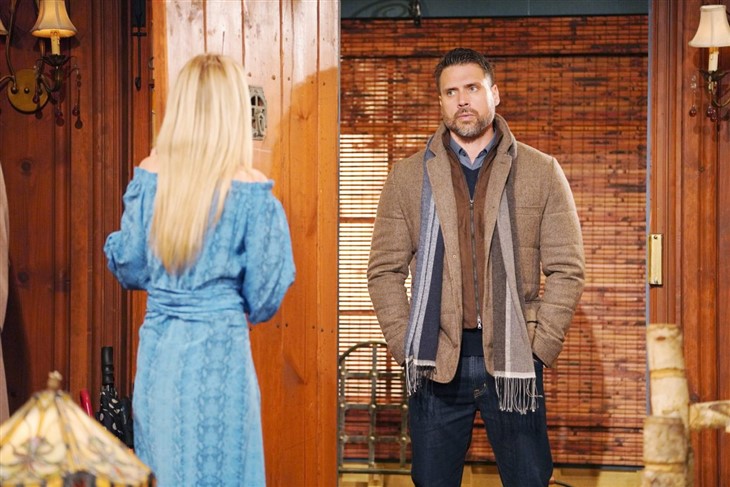 The Young and the Restless (Y&R) spoilers document that Nick Newman (Joshua Morrow) danced the night away at the wedding. Sharon Rosales (Sharon Case) did not take her ex-husband and arguable best love match up on his offer to disco.

However, Sharon did accept Nick’s offer to take her home. Seeing this pairing enter the cottage evoked memories of the old days on Y&R, just as it often does.

But are TPTB in the process of writing Nick and Sharon back together, or is Morrow’s character simply there for someone he cares for because of Rey Rosales’ (Jordi Vilasuso) death?

The Young and the Restless Spoilers – Why Was Rey Rosales Written Out?

The addition of Sasha Calle (Lola Rosales) to the cast in September of that same year continued the build-out of GC’s newest family. Michael Baldwin’s (Christian Le Blanc) family was the last to grow on Y&R. That happened when Kevin Fisher (Greg Rikaart) joined the show in 2003, and Judith Chapman (eventually Gloria Abbott Bardwell) arrived in 2004.

Rey’s heart attack, along with Arturo and Lola’s earlier returns to Miami, Florida, seemingly closes the script on the Rosales family. Why was that choice made when they created a new niche in GC and were painstakingly woven into the lives of established characters?

If TPTB wrote Rey out to reunite Sharon and Nick, fans will have their answer to the question asked in the last section. But even if that proves true, it still feels unnecessary to have erased the Rosales family.

Sharon has endured so many trials and travails through the decades. Such is the life of any long-term soap character.

Adam Newman (Mark Grossman) is arguably Sharon’s most passionate love. But Nick is her deepest historical connection and likely her fondest romance.

The Young And The Restless Spoilers – Nick Newman Is Good-Hearted

Nick wore his heart on his sleeve long before he donned what looked like a velour outfit at the Top of the Tower. His love for Sharon did not die when Cassie Newman (Camryn Grimes) did.

But Nick’s abandonment of his wife during what should have been their shared time of grief created a scar that left a mark on Sharon’s soul. Yes, they have gotten past that plot point long ago. Yet, it is fair to wonder if she may ever allow herself to marry him again?

Hardcore fans know that Sharon and Nick made it to the altar on two occasions in the 2010s. But they did not marry. Might a third time become the daytime charm later this year on Y&R?