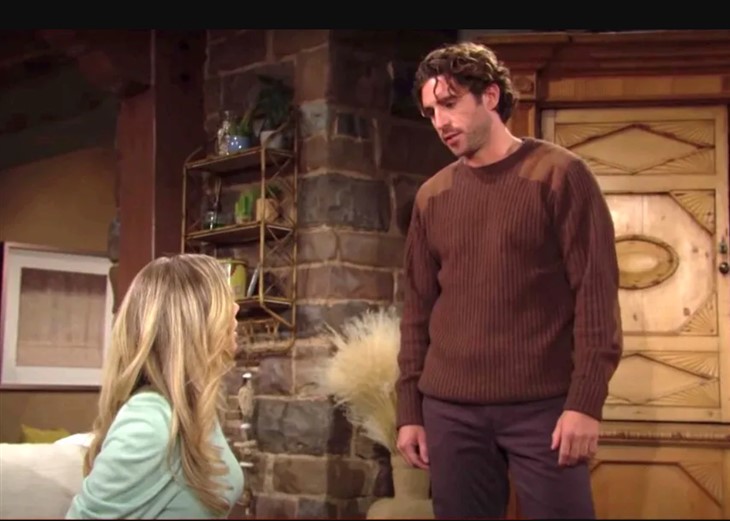 The Young and the Restless spoilers for the week of May 23 reveal that Chance Chancellor’s (Conner Floyd) marriage will go through a rough patch. Chance sees Abby Newman-Abbott-Chancellor (Melissa Ordway) bonding with Devon Hamilton (Bryton James). How will Chance handle his jealousy, and does he even have anything to be concerned about?

The Young And The Restless Spoilers – Complicated Dynamics

Y&R spoilers reveal that Abby has a close friendship with Devon. Even though the two are close, they did go through some rough times after Mariah Copeland (Camryn Grimes) gave birth. Then, things got heated between Abby and Devon when he wanted more time with Dominic Newman-Abbott-Winters-Chancellor (last played by River and Rainn Ware).

Everyone is on the same page now and things seem to be going well. Everyone has seemingly settled into their unconventional co-parenting agreement.

Y&R Spoilers – Back on Track

Devon pursuing shared custody wasn’t the only issue plaguing Chance and Abby. When Chance was found alive and came back to Genoa City, he struggled with PTSD. Chance is going to therapy and has even gone back to work. Chance and Abby’s marriage even seems to be getting back to a good, healthy place.

The Young and the Restless spoilers reveal that while Abby and Devon are on good terms again, not much has been seen of the two together. That will change during the week of May 23. It is teased that Abby and Devon will resolidify their bond. Devon and Abby will not only get back to being BFFs but will probably get closer because of Dominic.

It is stated that Chance will notice Abby and Devon getting closer. It will make him nervous and insecure about his relationship. However, does Chance really have anything to be concerned about? After all, Abby and Devon have been close friends for a long time.

Whether Chance has reason to worry or not, he will struggle with Abby and Devon’s bond. Chance should bring this up to Abby so they can deal with it right away. However, this is a soap and problems tend to simmer until they explode. So, will Chance bottle up his feelings only for it to come out in an explosive way? Or could he decide to have a bond of his own with someone unexpected?

What do you think of Devon and Abby getting close again? Do you believe Chance has anything to worry about? How will Chance deal with this, and how will it affect Abby’s marriage? Share your thoughts and remember to keep watching the CBS soap to see what happens next.