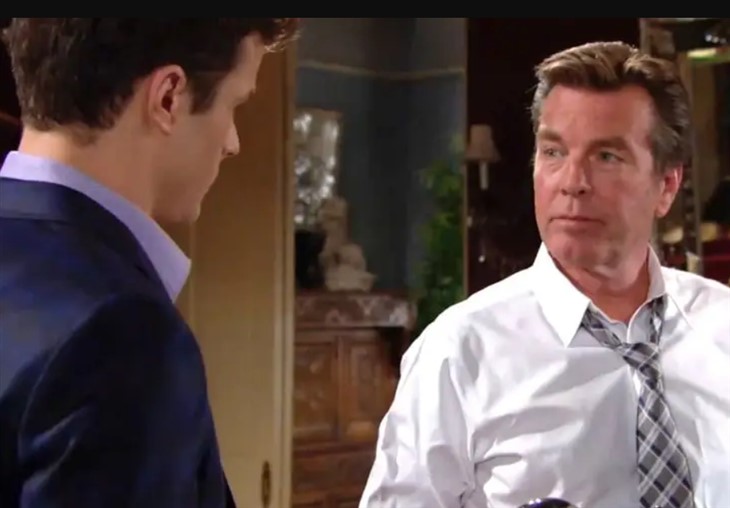 The Young and the Restless (Y&R) spoilers reveal that the weekly preview confirms Kyle Abbott (Michael Mealor) and Summer Newman-Abbott (Allison Lanier) offer a job to Diane Jenkins (Susan Walters). However, Jack Abbott (Peter Bergman) could also offer Diane a position at his own company. Which job will Diane choose and what could happen next?

The Young And The Restless Spoilers – Diane Jenkins’ Long-Term Plan

Y&R spoilers reveal that Phyllis Summers (Michelle Stafford) and Nikki Newman (Melody Thomas Scott) are both on a mission to get rid of Diane. Despite their attempts, Diane plans on sticking around in Genoa City. Diane even mentioned getting a job to Kyle, which means she’s not going back to Los Angeles anytime soon.

Diane asked Kyle if he would keep his ears open just in case any business associates mentioned looking for someone. That is when Kyle asked Diane questions about her career history, including why she couldn’t go back to architecture.

Kyle will give his mother’s job search some serious thought. Kyle will even bring it up to Summer. After Summer finds out that Michael Baldwin (Christian LeBlanc) caught Phyllis spying on Jack and Diane, she takes action. Summer tells her mother that it’s time to call a truce with Diane. Even though Phyllis doesn’t mean it, she convinces Summer that she’s ready to move on with her life.

Once Phyllis and Diane agree to lay down their swords, Summer and Kyle move on with the next step of their Marchetti plan. “Skyle” stand united as they offer Diane a job doing PR for the new Marchetti.

The Young And The Restless Spoilers – Jack Abbott Takes Action

The Young and the Restless spoilers reveal that the weekly preview teases Jack’s reaction. Jack has an odd look on his face when he hears about Diane’s job offer. Jack is starting to soften toward Diane but is still being extremely cautious.

Kyle seems to be going full-speed ahead with getting close to Diane. While Jack knows Kyle has to make his own decisions, he could worry that Diane working at Marchetti might be going too fast.

Jack could try to kill two birds with one stone by making his own proposition to Diane. It is stated that Jack has an intriguing offer, which could be giving Diane a job at Jabot. Diane will have a tough decision to make between the two companies.

However, Diane’s relationship with Kyle is going smoothly and she’s made a lot of progress. So, Diane could take the job at Jabot simply to get a chance to prove she’s changed to Jack. However, will her plan work? What will Phyllis do once she learns about Diane’s job?