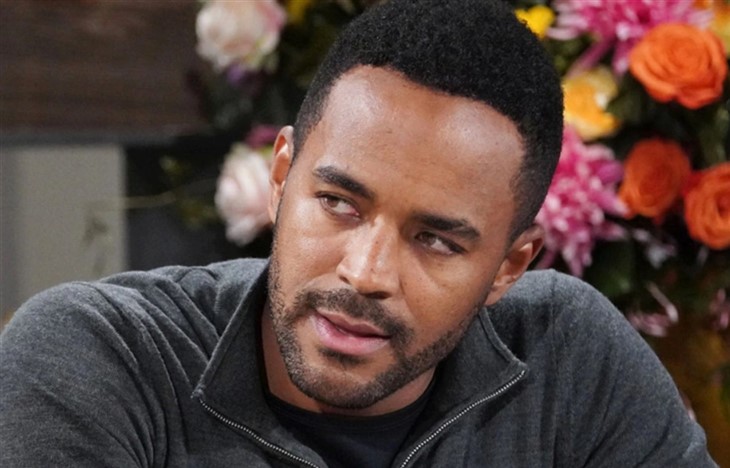 The Young and the Restless (Y&R) spoilers document that Nate Hastings (Sean Dominic) lost the ability to perform surgery. That is why he was able to accept a business position with Chancellor-Winters.

Hardcore fans recall that Devon Hamilton (Bryton James) attacked his cousin, punching Nate, who fell to the ground and badly damaged one of his hands. The incident led to immediate surgery and Nate’s inability to continue to practice medicine as a surgeon.

Nate’s attempt to work in medical administration proved frustrating. He left that job, which was a high-level spot, at the hospital and accepted his cousin’s offer to join the merged conglomerate.

The Young And The Restless Spoilers – Nate Hastings’ Experience Is Limited

Nate was considered a top surgeon in Genoa City, Wisconsin. He earned his reputation and felt confident in his vocation.

His choice to switch professions means that Nate must rely on his smarts to swim. While he may prove to be a quick study, Nate lacks Devon and Lily Winters’ (Christel Khalil) experience and business sense.

Imani Benedict (Leigh-Ann Rose) is influencing Nate. Like him, she lacks experience in her slot as Amanda Sinclair’s (Mishael Morgan) new law firm partner. Imani was also offered her job because she is a family member.

Lily was surprised when Nate chose to tell the press about Chancellor-Winters’ podcast plans. He detailed the rollout of fifty varied shows that were promoted as being electric.

Nate’s choice to reveal that news to the world was something that Devon and Lily voted against during pre-merger launch party meetings. But Imani chatted Nate into going with his so-called gut feeling.

However, early returns from Nate’s freelanced speech proved positive. The potential for additional business progress appears positive at first blush. So, Lily and to a lesser degree Devon are okay with what Nate did.

The Young And The Restless Spoilers – Devon Hamilton’s Recent Flashback

Soap fans likely believe that Devon’s flashback to his assault on Nate was also a foreshadowing. Using that assumption, the conflict between these cousins is not over. It was buried instead.

Elena Dawson (Brytni Sarpy) has not been referenced until now. That last-minute mention goes along with Sarpy’s character being pushed to the side, with the possibility that Nate and Imani could become a new couple. If so, that would add to the tension, as Devon still cares about Elena’s well-being even though he is with Amanda.