The Young And The Restless Spoilers: Team Phyllis Or Team Diane? 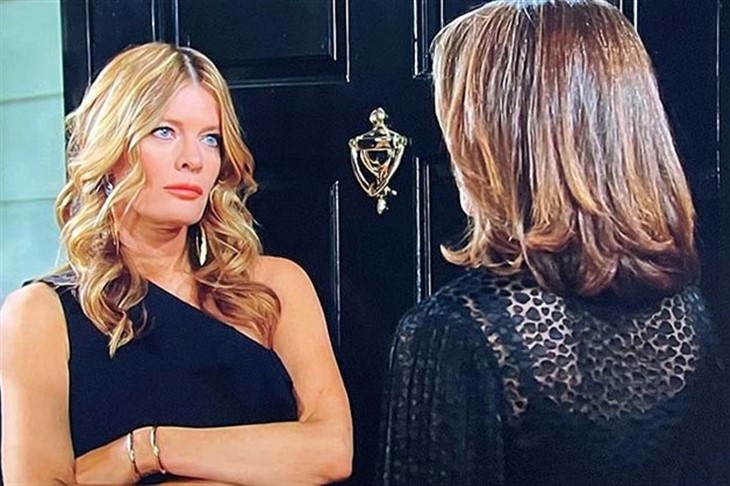 The Young and the Restless spoilers document that Phyllis Summers (Michelle Stafford) is back in Genoa City, Wisconsin. She cleared her head and has reset for a grudge match against one of her all-time opponents, Diane Jenkins (Susan Walters).

Phyllis wigged out after having one too many interactions with Diane. Walters’ character served as a bad reminder of the drama fans watched in the 2000s.

Jack Abbott (Peter Bergman) could not handle what Phyllis admitted to Diane in the lobby of her Grand Phoenix Hotel. That confrontation felt a bit pushed. But Diane is a classic instigator, with fans understanding why Phyllis allowed herself to go way off-track.

The Young And The Restless Spoilers – Diane Jenkins Taking Over?

Diane has made rapid progress since announcing she was never murdered in self-defense by Nikki Newman (Melody Thomas Scott). Her use of Allie Nguyen (Kelsey Wang) to make contact with Jack was not well received by either person.

However, Diane’s harsh method worked, as Jack agreed to break the news to their son. Kyle Abbott (Michael Mealor) quickly got past his anger and is rebuilding a relationship with his mother.

It does seem that Diane has avoided consequences, both legal and personal, for abandoning Kyle and setting many people’s lives ablaze when choosing to work with Deacon Sharpe (Sean Kanan) to leave GC years ago.

Y&R Spoilers – The Bug Will Always Be Number One

Christine Williams (Lauralee Bell) and Paul Williams (Doug Davidson) were intentionally struck by a car Phyllis drove. Cricket, or as Phyllis infamously her, The Bug, was the main target at that point in the plot.

So, Christine, not Diane, is Phyllis’ main nemesis. Diane slots as number two, with Walters’ return to the cast as a regular player enabling this old rivalry to be revived.

Bell has chosen to be a recurring character. So, it is not feasible for Christine and Phyllis to engage in the battle that Stafford and Walters’ alter egos have entered.

The Young And The Restless Spoilers – Which Team Is Jack Abbott On, If Any?

Jack is furious with Phyllis because she told Diane he represented marked territory. That was a terrible comment, based on Phyllis’ multiple betrayals of Jack with Nick Newman (Joshua Morrow) through the years.

Diane and Jack are spending increasing amounts of time together, which Phyllis notices. She will read more into Jack’s intentions than exists in reality.

As of now, Jack is not on Team Diane and has no current romantic feelings for him. Phyllis must be careful not to turn Diane into a sympathetic figure.

Diane knows how to play the victim and has already succeeded in baiting Phyllis into making herself look bad. But Jack is not off Team Phyllis yet despite his hurt feelings.