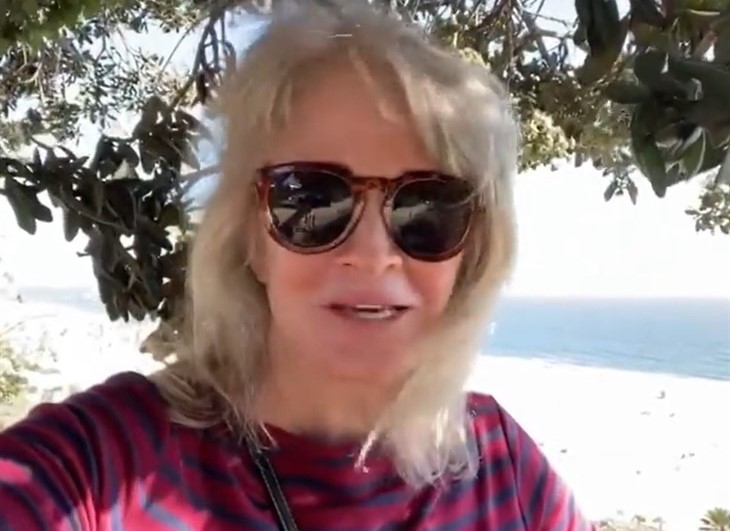 Days of Our Lives spoilers reveal Dr. Marlena Evans continuing to be the sane and moral voice of Salem — unless she is possessed by the devil, of course. And her portrayer is celebrating a milestone with the soap.

Days Of Our Lives  – A Milestone Anniversary For Deidre Hall

Deidre Hall has been playing everyone’s favorite soap opera psychiatrist for nearly half a century, starting her tenure on the show 46 years ago this week. When Marlena first made her Salem debut in 1976, she was a psychiatrist at Bayview, the same psychiatric hospital our favorite characters still go when they have a problem. At the time, her patient was Mickey Horton (John Clarke) and all these years later, she is still treating the troubled of Salem, with Jan Spears being her latest patient.

Although Hall previously had a role on The Young and the Restless when the show first premiered, it wasn’t until she landed Marlena that she became daytime royalty. In 1982 when fans believed the Salem Strangler had killed Marlena, fans picketed the DOOL Burbank, CA studios demanding the character and actress be brought back.

Of course, it was Samantha Evans, Marlena’s twin played by Hall’s twin, Andrea Hall, who was actually killed. Years later, Andrea was back to take on the role of Marlena’s doppelganger, Hattie Adams, a part Deidre would later play off and on through the years.

Hall also made daytime history when she became the first soap character to ever experience Satanic possession way back in 1995. In 2021, MarDevil made their way back to Salem and Hall seemed to have the time of her life once again. But Marlena has also been involved with some very dramatic human stories.

Before DAYS started playing with the supernatural, Hall and Marlena played out soaps’ first-ever SIDS story when Marlena and her first husband, Don Craig (Jed Allen), lost their little boy, DJ, to Sudden Infant Death Syndrome. Marlena later fell for Roman Brady (then played by Wayne Northrop) and had his twins, Eric and Samantha, but her most popular pairing is the one she is in today. Marlena fell for John Black (Drake Hogestyn), thinking he was Roman, and John and Marlena, also known as Jarlena, became one of the most popular pairings in soap opera history.

What is in store for Marlena next remains to be seen, so stay tuned to Days of Our Lives weekdays to find out.