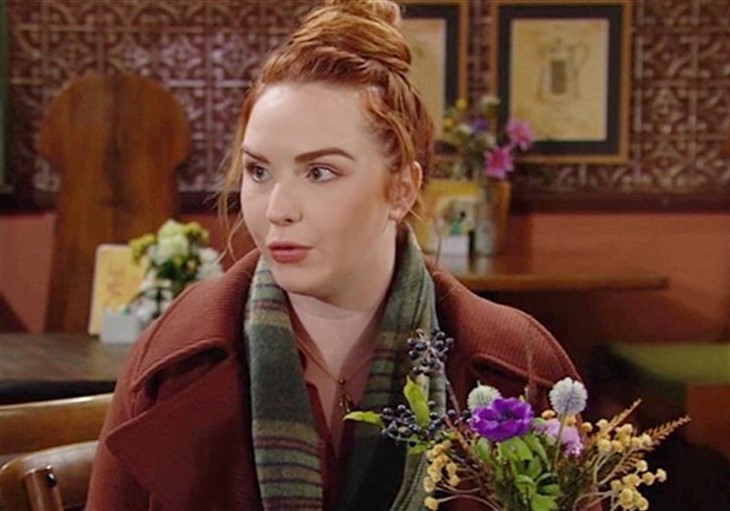 The Young and the Restless spoilers reveal that Tessa Porter (Cait Fairbanks) proposes during the week of January 17. However, she doesn’t get a “yes” or “no.” In fact, she doesn’t get any answer as Mariah Copeland (Camryn Grimes) has news that could affect their future. What is Mariah’s news and how will it end up affecting the couple’s future?

The Young And The Restless Spoilers – Tessa Porter Proposes

Y&R spoilers reveal that Tessa proposes to Mariah on Thursday, January 20. Tessa makes sure that everything is just perfect. When Mariah walks into a romantic setting, she asks if they are celebrating something. That’s when Tessa says she hopes so and asks Mariah to marry her. Tessa’s emotional speech includes her saying that she knows they were meant to be together.

Instead of saying yes, Mariah has something to confess. It seems Mariah has some sort of news that she hasn’t told Tessa yet. It must be something that would affect the couple’s future. After all, why else would Mariah not give Tessa an answer to her proposal right away?

The Young And The Restless Spoilers – Mariah Copeland’s Perspective

The Young and the Restless spoilers reveal that fans have theories on what Mariah tells Tessa. Some believe that Mariah is concerned. It is clear that Tessa loves Mariah very much. However, Tessa has been making a lot of life-altering decisions lately.

When Mariah first brought up starting a family, Tessa was clear that it was not the right time. Tessa’s career is just taking off and she will be traveling a lot. Then, Tessa suddenly decided she was ready for a child, but wanted to adopt instead of having a biological child.

Soon after agreeing to start a family, Tessa is now proposing marriage. Tying the knot is another life-altering decision. Mariah might question the timing of Tessa’s baby and proposal bombshells. Mariah wants to spend the rest of her life with Tessa.

However, she wants to be sure that Tessa is proposing for the right reasons. When Mariah doesn’t give Tessa a response to the proposal, it’s not a “no.” Instead, it might be a “maybe.”

What do you think of Tessa’s recent decisions? Is she really proposing and ready to start a family for the right reasons? Is this the confession that Mariah has to make, that she’s concerned about Tessa’s motives? Or could Mariah have another kind of confession to make to her partner? Share your thoughts on the storyline and remember to keep watching the CBS soap to see what happens next.