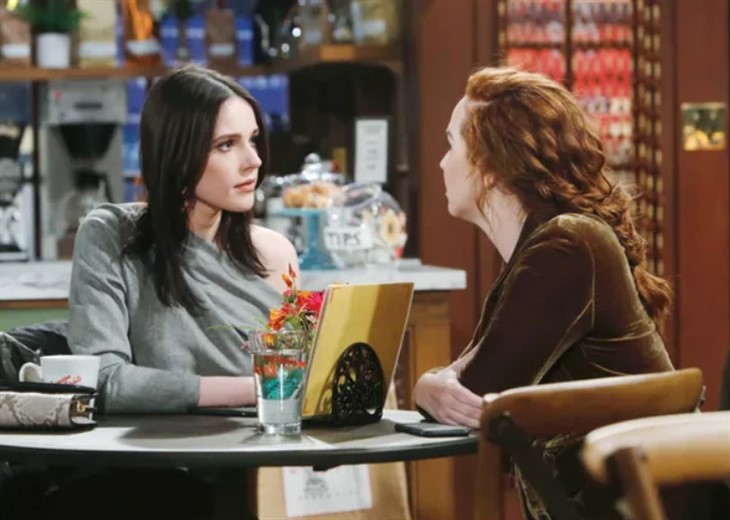 The Young and the Restless (Y&R) spoilers for Wednesday, December 22, 2021, reveal Tessa having a change of heart and absolutely stunning Mariah.

The Young And The Restless Spoilers – Will Mariah’s Dreams Come True?

After z gave birth under grueling circumstances and had to give away the baby to his biological mother, Abby Newman (Melissa Ordway), she longed for a baby of her own to care for even if Tessa Porter (Cait Fairbanks) was the one to carry it. After all, she told Tessa she wanted her to have the same experience she had being pregnant. Tessa nixed that idea almost immediately because she didn’t want to have a baby, but it looks like she’s changed her mind and tells Mariah all about it.

No, Tessa still does not want to be pregnant and give birth, but she would like to raise a child with Mariah and suggests they adopt. This takes Mariah aback because she figured Tessa didn’t want children at all. She also thought if they did have a child, it would be a biological part of at least one of them. But is that really necessary and is Mariah ready to do this? Also, is Tessa ready to do this or is she just trying to appease Mariah and get their relationship back on track?

Despite being back in Genoa City for weeks, Chance Chancellor (Conner Floyd) is still having a hard time adjusting to his new home life. He loves being with Abby and the baby but also realizes he missed so much.

When he sees Devon Hamilton (Bryton James) and Dominic together he can tell how much the baby has bonded with his biological father and feels left out. Maybe if he was there for the pregnancy, he would also feel more of a connection to the baby that Mariah carried. Things are about to get a whole lot more complicated for Abby than she bargained for.

The Young And The Restless Spoilers – Christmas With The Abbotts

Abby Newman may be having a hard time, but at least her family will be around. Both Jack (Peter Bertman) and Ashley Abbott (Eileen Davidson) are thrilled when Traci Abbott (Beth Maitland) comes home for the holidays. Will she stick around this time? Stay tuned to The Young and the Restless weekdays to see how these stories play out.