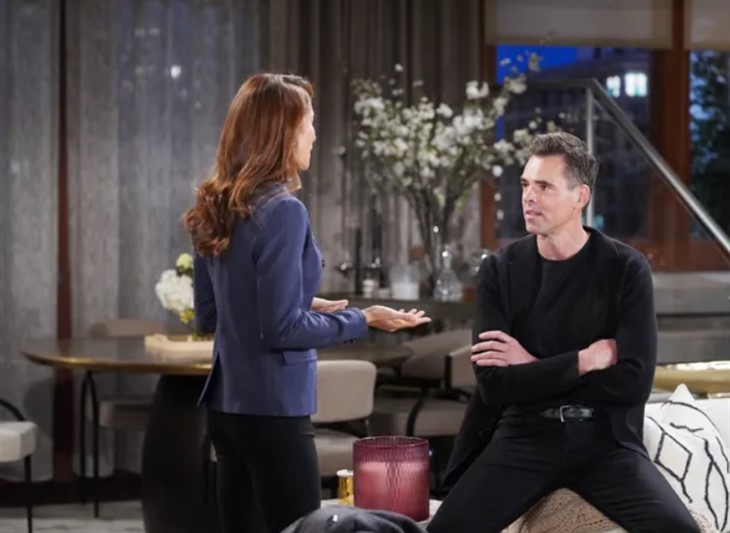 The Young and the Restless spoilers document that Lily Winters (Christel Khalil) loves Billy Abbott (Jason Thompson). That lug feels the same about her. So no problem, right?

Wrong. Billy can not avoid drama because that is what most of his life has been like. Credit to his mother, Jill Abbott Atkinson (Jess Walton), who reigns as one of Y&R’s all-time drama queens.

Billy, who entered the fray decades after his mother debuted on the show, still manages to hold one of its drama king’s titles. Victoria Newman (Amelia Heinle) was glad that he dumped her and went to Lily. But Billy has not cut ties with his arguable greatest soul mate.

Billy has a good voice. There is no legitimate denial of that point. So, heading a podcast allows him to use one of his talents while expressing his feelings.

Lily encouraged Billy to create a podcast and start a second one, where he digitally cloaks his voice and speaks about sensitive topics. But he did not color his most recent episode because Lily and Victoria knew the focus was Ashland Locke (Robert Newman).

Khalil’s character has followed in Jill’s footsteps, which Victoria used to do during their various marriages. Lily is attempting to channel his energy.

Victoria did not want to listen to Billy when he began imploring her not to marry Ashland. The marriage quickly went south, with Billy being the first to learn she was attempting to get Ashland out of her life.

Heinle’s character succeeded in fooling Ashland. Her efforts led to him accepting multiples of millions to leave Newman-Locke and agree to an annulment. That came after Victoria learned Billy and others were right about her husband.

However, Victoria becomes prickly when Billy has too much to say about her personal life. She tries to keep their connection based on the best interest of the children there are raising.

The Young and the Restless Spoilers – Lily Winters In It To The End?

Lily and Billy are interesting because they are a newer couple. Very compatible and plausibly projecting to a long-term future.

But one has to wonder if Lily’s trust issues with her other love, ex-husband Cane Ashby (Daniel Goddard), willfully transfer to Billy. Thompson’s character has been unable to stop sabotaging his relationships over the years.

Hopefully, Lily exacts enough positive influence to keep Billy in check. He has seemed more steady since pairing with Lily. Maybe she is his modern match.