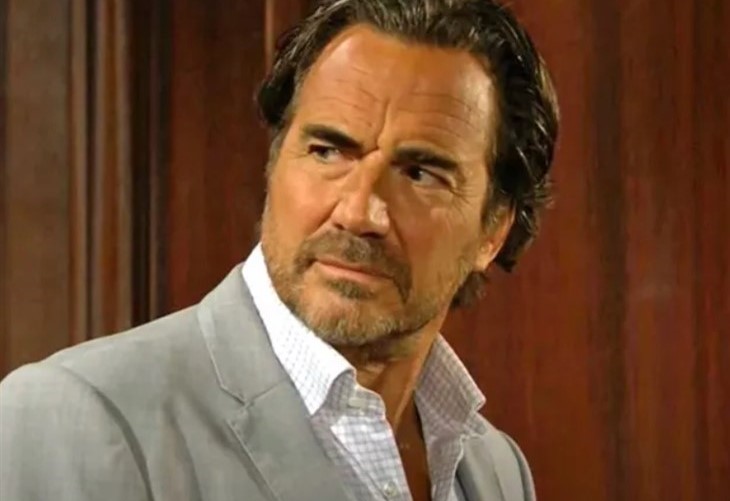 The Bold and the Beautiful spoilers document that Ridge Forrester (Thorsten Kaye) will decide he needs to clear his head. Moving to the Forrester mansion means that he will not be overly influenced by either Taylor Hayes (Krista Allen) or Brooke Logan Forrester (Katherine Kelly Lang)

Ridge was able to help force answers out of Sheila Carter (Kimberlin Brown). His tag of her as an animal provoked the shooter admission. So, Steffy Forrester Finnegan (Jacqueline MacInnes Wood) has some relief in knowing that her husband’s killer, who is the same woman who shot her, is in jail.

With the family crisis resolving, Ridge then goes to live on his dad’s property.

The history of this show implies that Ridge will choose Brooke again. They have been married and divorced many times.

In this instance, the couple never divorced. So, a reconciliation would seem much easier. However, this is daytime, and Taylor is a real option.

Brooke benefits in being vindicated by Sheila’s seemingly foolish admission. There was no pressing reason to drop that news after admitting to the shootings. But she did, which clears some of Ridge’s confusion about Brooke’s actions at the end of last year.

Brooke had it right when she said that Taylor was sweet. She is. Her sunny personality stands in contrast to Brooke’s incessant drama.

However, viewers know Ridge reinforced his love for Brooke during this period of separation. He left the Logan compound because he was exhausted.

But it is possible, now that he knows the New Year’s Eve drama was driving by Sheila, that forgiveness happens. Brooke has been holding out hope and will be emboldened by the champagne label switch news.

The Bold And The Beautiful Spoilers – What Does Ridge Forrester Need?

Ridge is no saint, and he has involved himself in drama on various occasions. So, he needs a stand-up wife who will not steer him off-course.

Brooke’s more recent history is checkered. Sheila had nothing to do with Brooke kissing Bill Spencer (Don Diamont) a few years ago. Sheila did not force Brooke to kiss Deacon Sharpe (Sean Kanan), regardless of the booze angle.

Taylor loves Ridge deeply, and returned from Africa in hopes of reestablishing their family. She was waiting for Brooke to be Brooke, which happened.

Ridge will likely seek his father’s advice. But Eric Forrester (John McCook) is currently conflicted on B&B, which is another reason the viewers are watching.