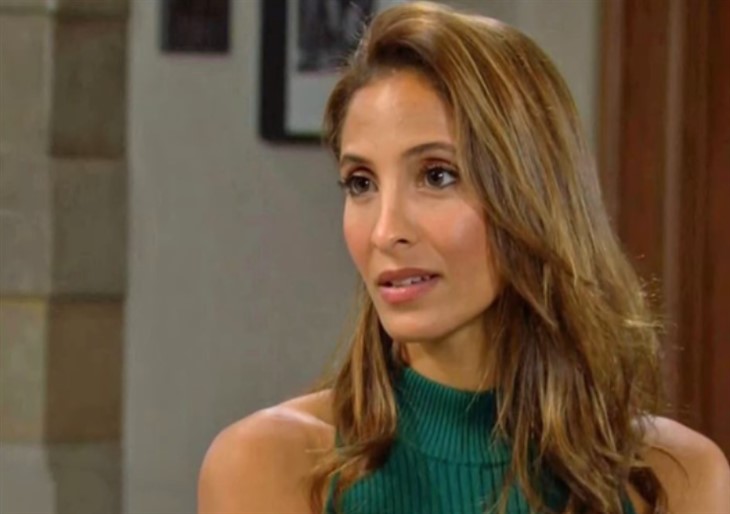 The Young and the Restless spoilers show that Billy Abbott (Jason Thompson) could have some competition coming up over Lily Winters (Christel Khalil) and it may be tough to compete as her ex-husband, Daniel Romalotti (Michael Graziadei) will be coming back into the picture.

Billy and Lily like to think they’re doing great, but are they really and what will Daniel showing up again mean for their relationship? There will undoubtedly be problems now that Billy has stopped making podcasts, something he was passionate about and truly loved doing. Billy made a sacrifice in order to devote more of his time to the COO position, so at some point, he’s going to be angry with Lily. Naturally, Billy has been concerned about the out-of-control conflict at Chancellor-Winters and also feels alienated there.

Even though they aren’t yet willing to acknowledge it, it simply feels like Billy and Lily are out of sync. Also important to remember is the kiss Billy received from Chelsea Lawson (Melissa Claire Egan). Billy just wanted Lily to accept that it didn’t matter and move on, but how would Billy feel if that weren’t the case?

Once upon a time, Lily and Daniel had a very passionate, forbidden romance. These two young lovers eventually eloped because they were unable to part ways. Billy might at least be concerned that Daniel and Lily are experiencing the familiar flying sparks.

Even better would be if Daniel planted a kiss during his return visit! If Michael Graziadei stays around for a while, Daniel and Lily might also rekindle their relationship. But even a quick trip back could derail Lily and Billy’s romance.

Y&R Spoilers – Something To Look Out For

Billy should probably sleep with one eye open. He’s been getting away with a lot and if Lily has a moment of ‘weakness’ and sees Daniel, things could get tense immediately. Of course, we’re forgetting one thing, what if Daniel isn’t interested anymore?

For all we know, Daniel could be perfectly happy in Georgia and not want anything to do with Lily. I think this is highly improbable, but still, something to think about.

What do you think? Do you think Daniel will be coming back to Genoa City and could he run in with his ex-wife Lily? What will Phyllis’ reaction be to seeing her son again? Share your thoughts and remember to keep watching the CBS soap to see what happens next.