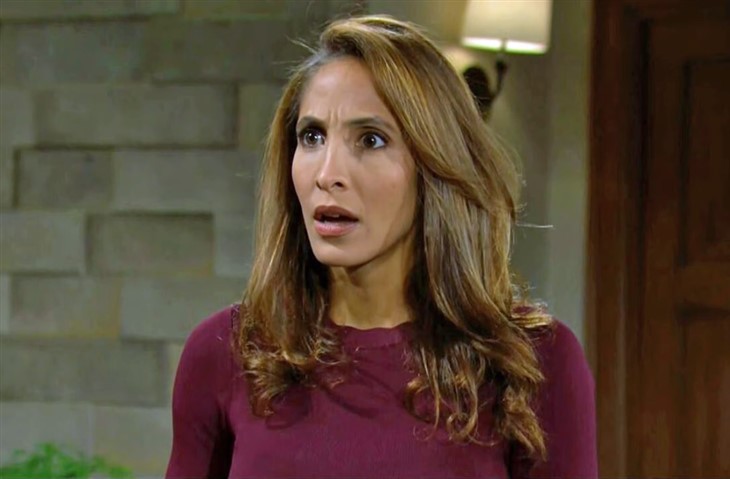 The Young and the Restless spoilers reveal that Billy Abbott (Jason Thompson) is at a crossroads. Even though Billy thinks it’s just regarding his career, he could realize his personal life needs a reboot as well. Billy told Lily Winters (Christel Khalil) about Chelsea Lawson’s (Melissa Claire Egan) kiss. However, Lily might not expect what’s coming next.

The Young And The Restless Spoilers – Billy Abbott’s Career Crossroads

Y&R spoilers reveal that Billy is no longer an equal with Lily at work. Instead of working side by side with her, Billy has to report to Lily. Billy seems to have accepted it and is proud of Lily’s accomplishments. However, not being able to exercise his creativity and make decisions does affect him.

Then, Billy decided to start a podcast. While Billy really enjoyed it, Lily exploded over the missed meetings. Lily told Billy to make a choice. Even though Lily and Chelsea both thought Billy would choose the podcast, he did the exact opposite. Both women knew why… because it’s what everyone else wanted to hear.

On the day of the last podcast episode, Chelsea misinterpreted Billy’s speech. Chelsea suddenly planted a kiss on Billy. Even though Billy stopped it and rejected Chelsea, he had another decision to make. Billy decided not to keep the kiss a secret from Lily and told her about it.

Lily was clearly caught off guard. Lily seemed pretty upset but Billy assured her it would never happen again.

The Young And The Restless Spoilers – Victoria Newman’s Reconnection

The Young and the Restless spoilers reveal that Billy might have rejected Chelsea’s kiss. However, he could give into temptation with another Genoa City resident. Billy has been spending a lot of time talking to Victoria Newman (Amelia Heinle). Victoria has also opened up to Billy.

In the past, Lily has expressed concern about Billy being too involved in Victoria’s life. Now that Ashland Locke (formerly played by Robert Newman) is dead, Victoria is opening up even more to Billy. It seems that Billy and Victoria are leaning on each other more than ever. Billy even admitted to Victoria that he is at a crossroads.

While Lily will still be fuming about Chelsea kissing Billy, she could be blindsided by an unexpected event. What if Billy and Victoria finally admit that they are still in love with each other? Billy’s crossroads might not really be about his career. It could be more about his personal life and knowing Lily isn’t his perfect match.

Billy might have a revelation that leads him to make a confession to Victoria. As for Victoria, she has been going full speed ahead with aggressive business decisions. Could Victoria use that same approach with her personal life?