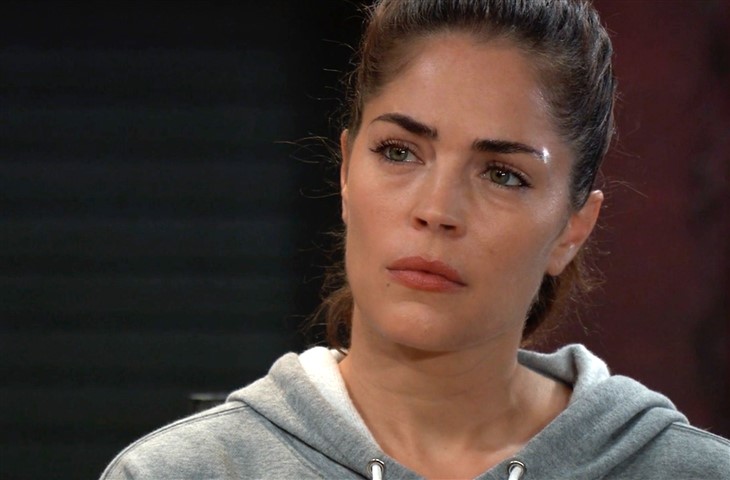 Every time that Victor does as Peter asks to honor their deal, Peter refuses until Victor does more. Most recently, Peter has demanded that Victor facilitates his escape from police custody. Peter may have an ulterior motive to keep Drew for himself if he needs him. Very soon, Peter will likely send Drew to either kidnap Maxie Jones (Kirsten Storms) or take his baby back from Brook Lynn Quartermaine (Amanda Setton) by force.

While they were in Greece, Jason Morgan (Steve Burton) and Dr. Britt Westbourne (Kelly Thiebaud) watched as Peter took over control of Peter and how he deactivated it. Jason may not have shared how Peter activated Drew, but it was Britt who was able to see how Peter deactivated Drew.

So if either Peter or Victor use Drew for some nefarious ends, Britt could literally save the day by stopping Drew before he kills someone or commits some other criminal act. He would never forgive himself if he hurt Brook Lynn Quartermaine (Amanda Setton) in the process of taking Peter’s baby. Or if Maxie was injured while resisting if Drew tries to take her against her will.

GH Spoilers – Dr. Britt Westbourne Could Save Many Lives!

According to General Hospital spoilers, Drew is a killing machine when under Peter’s brainwashing. Luckily, he hasn’t killed anyone yet, but he certainly might do exactly that if Peter order it. Victor’s plans for Drew and even more unclear, so if he plans something along the lines of the Ice Princess, Britt might actually save the world if she is able to reach Peter and remembers how to deprogram Drew.

Who will end up controlling Drew? Does Britt still remember how to deactivate Drew? Would Britt put herself in danger in order to get close enough to stop Drew? Anything can happen in Port Charles so stay tuned to General Hospital airing weekdays on ABC. And don’t forget to check back right here regularly for all your General Hospital news, information and spoilers!