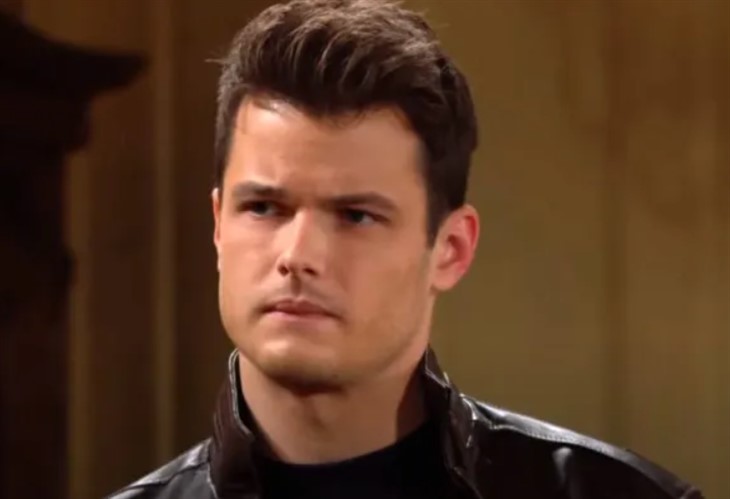 The Young and The Restless spoilers and updates tease that Kyle Abbott (Michael Mealor) will find himself facing a major move decision in an upcoming episode of Y & R. The question is, will Summer Newman Abbott (Alison Lanier) agree to move back to Genoa City?

Kyle was as blindsided and shocked as everyone else when he found out his mother, Diane Jenkins (Susan Walters) was alive, but for him, it was traumatic! She had faked her death when he was just a little boy and all these years she had never made one move to contact him. That was his first question when they met for the first time in over twenty five years, and he demanded answers, not believing a parent could be so cruel!

Now, that Kyle – and his family – have heard Diane’s reasons for doing what she did and going about things the way she did he has decided to give her a chance. But in order to give her that chance, he’ll have to move back home – he can’t have her move to Italy.

Kyle and Summer have a good life in Italy with his little boy Harrison Locke (Kellen Enriquez) and Summer has a very good job working with the Marchetti fashion house. It would be a huge transition and a huge decision for Summer to move back for Kyle to get to know a mother who abandoned him as a child! It will definitely be something they will have to talk about, weighing all the pros and cons to such a major decision, with the effect on Summer’s career unsure. It would be another major change for little Harrison too, although he seems to adjust to change pretty well – and small children do tend to bounce back quickly.

First, Kyle, Summer and Harrison will return to Italy after he officiates Mariah Copeland (Camryn Grimes) and Tessa Porter’s (Cait Fairbanks) wedding; it’s a huge decision for Summer to consider. She did get time off to make it to the wedding, and spent some time with her own mother, Phyllis Summers (Michelle Stafford) while visiting home as well. Phyllis had nothing good to say about Diane, and although Summer was a young girl when she faked her death she remembered how it hurt Kyle.

Kyle and Summer grew up together and were playmates, then childhood sweethearts then young lovers, and she doesn’t want him to be hurt again! Summer, like her mother Phyllis, has some deep reservations about Kyle allowing Diane in his life again.

Upon returning to Italy, Summer finds out there is a good possibility that she could open an American Marchetti office and it could be right there in Genoa City! She has carefully considered the effects on Harrison of such a move, but it is summer break and he adapts easily to change. She’s not about to let Kyle try to navigate a renewed trial relationship with Diane on his own, and she misses her own mother. The move back can be on a trial basis since it will take time to set up the new office and hire staff, including someone to replace Summer herself. There is a chance that it won’t work out with Diane and they’ll need to head back to Tuscany!