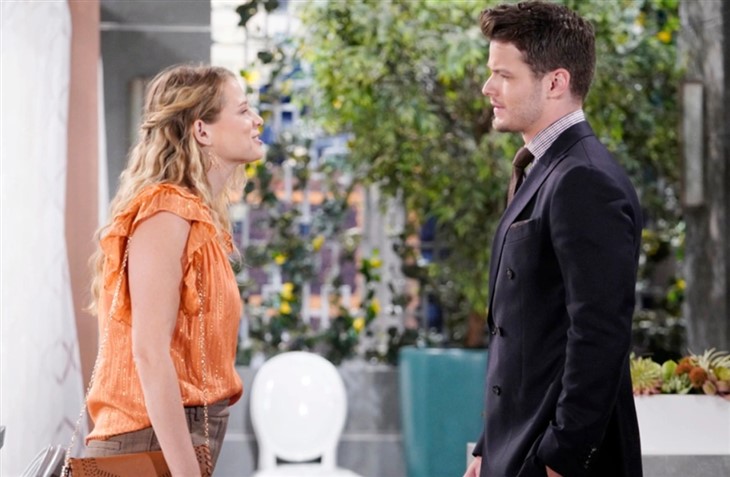 Jack Abbott (Peter Bergman) was quick to accept Kyle’s pitch to buy Marchetti. The rapidity of the deal was very soapy, with the business deal happening to enable Diane and Phyllis to clash on Y&R.

However, great actors use the scenarios they are given no matter how far the suspension of disbelief theory is pushed.

The Young And The Restless Spoilers – Diane Jenkins Needed To Work

Diane was grateful that her son was helping her financially after she decided to stay in Genoa City, Wisconsin. She did not pursue a Wisconsin real estate license and had no plans to build upon the career path she was working in Los Angeles, California.

Kyle knew that his mother entered Marchetti with no agenda. Summer was okay with it, supporting her husband one hundred percent.

What is daytime if a scenario is staid? No, sedateness is not good. So, Phyllis enters stage left.

Phyllis is lying to Summer. That alone should have prevented Stafford’s character from pursuing her vengeful plan against Diane.

The gist involves Phyllis sabotaging Diane, so it appears she is undermining Marchetti. That makes no logical sense when reviewing the odds of success.

Another problem Red faces is going it alone. Nikki Newman (Melody Thomas Scott) is on-board but does not work at Marchetti. But Ashley Abbott (Eileen Davidson) does,

Ashley’s knowledge of Phyllis’ intent will soon put her in conflict with Jack. Phyllis and Ashley trend toward looking bad, with Diane, potentially being the injured party in Jack, Kyle, and Summer’s eyes.

Jack is loved by two women. One, Diane, sees him as her greatest love. Though they were never married, Kyle represents the best of who they once were and could be again, or at least Diane hopes.

Phyllis does love Jack. But she did not want to be with him again until Diane posed a perceived threat.

The odds of Jack changing his stance on Phyllis would seem lessened by her current attack against Diane. But that outcome is unknown on Y&R.