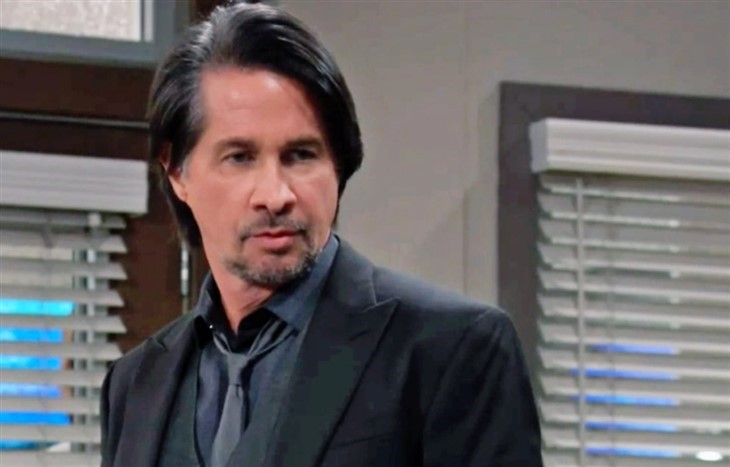 General Hospital spoilers tease that Elizabeth Webber (Rebecca Herbst) has checked herself out of Shadybrook after therapy and treatment for her sleepwalking incidents. Elizabeth had been self-medicating with her sleeping medication and that seemingly caused her to not only sleepwalk but to engage in dangerous actions while under. She set fire to her late husband, Franco Baldwin’s (Roger Howarth) art studio and knocked Harrison Chase (Josh Swickard) out, among other incidents. All of Elizabeth’s actions at the time seemed aimed at keeping Elizabeth from dating again after Franco’s death. But there may be much more to it.

Believing that a combination of self-medication and her need to mourn Franco’s death was the cause of her problems, Elizabeth checked into Shady Brook for several weeks. She believed that she mourned Franco properly during this time and would no longer take sleeping pills. She also declared her love to Dr. Hamilton Finn (Michael Easton) who was happy that Elizabeth admitted her feelings for him and that she had seemingly recovered during her time at Shadybrook. But Elizabeth would soon have another episode, and Finn will be convinced that Elizabeth isn’t as recovered as she believes.

Walking down the stairs at General Hospital, Elizabeth froze as she remember finding Peter August’s (Wes Ramsey) seemingly lifeless body on one of the landings. But then Elizabeth recalled calling to her father as a child. It seems finding Peter may have triggered a memory from Elizabeth’s childhood. And it’s this memory that may be at the root of Elizabeth’s recent breakdown.

Although Dr. Terry Randolph (Cassandra James) likely won’t know the specific incident that is causing Elizabeth’s troubles, she may be able to shed light on Elizabeth’s history with her parents, specifically her father Jeff Webber (Richard Dean Anderson). Terry may be able to pinpoint exactly when Elizabeth’s feelings toward Jeff changed which might help her therapist, Kevin Collins (Jon Lindstrom) get through to Elizabeth. Look for either Terry or Kevin to eventually seek Jeff out for answers.

Did Peter’s almost death trigger a memory for Elizabeth? Is that was caused her sleepwalking incidents? Does Terry know something that could help? Anything can happen in Port Charles so stay tuned to General Hospital airing weekdays on ABC. And don’t forget to check back right here regularly for all your General Hospital news, information and spoilers!