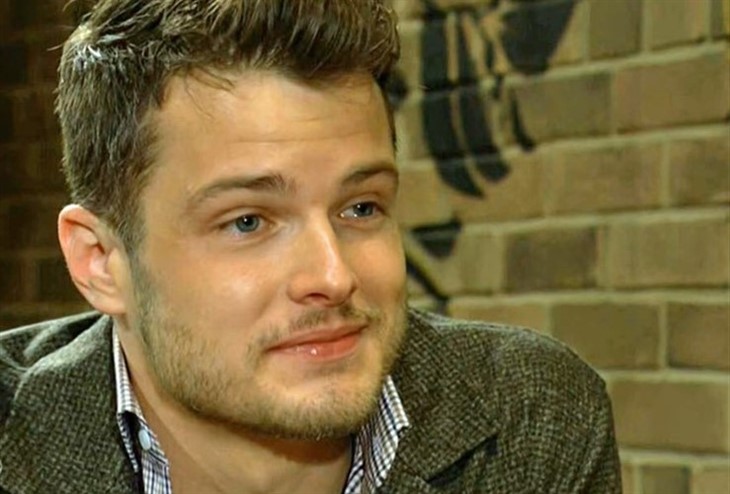 The Young and the Restless (Y&R) spoilers for Friday, May 20, 2022, reveal a Kyle and Summer coming to terms with the changes in their lives.

The Young and the Restless Spoilers: Will Skyle Decide To Stay?

Kyle Abbott (Michael Mealor) has had quite an upheaval in his life after learning that his presumed-dead mother, Diane Jenkins (Susan Walters), has been alive for years and purposely faked her death and stayed away while she got her life together over a decade or so. She thought Kyle would be better off with Jack Abbott (Peter Bergman) and she was probably right. That still doesn’t mean it’s easy for Kyle to forgive her.

Diane was happy when Kyle stuck around GC for a while, but it was just to officiate the Teriah wedding and he should be ready to pack his bags. However, with Summer Newman Abbott (Alison Lanier) back in GC, as well and having trouble with her job, it looks like it’s time to stick around town for an extended period. This will certainly make Diane happy.

Kyle may decide that he wants to get to know his mother better, but Phyllis Summers (Michelle Stafford) and Ashley Abbott (Eileen Davidson) don’t want her around at all because they know how much trouble she can be. On Friday, they sit around and talk about how to get rid of her, as well as recap many of the horrible things the woman has done so newer fans get a better idea.

Will they come up with a plan to run her out of town? Do they actually think it will work after she’s been trying so hard to ingratiate herself into the Genoa City scene already. Phyllis and Ashley will likely get a lot more than they ever bargained for.

A Celebration For Esther

Longtime favorite Esther Valentine (Kate Linder) makes an appearance when Chloe Mitchell Fisher (Elizabeth Hendrickson) decides to give her mother a very special gift for a very special celebration. Esther is about to start a brand-new chapter in her life and Chloe wants to make sure it gets off to a great start. What could Esther be up to? Stay tuned to The Young and the Restless weekdays to see how these stories play out.