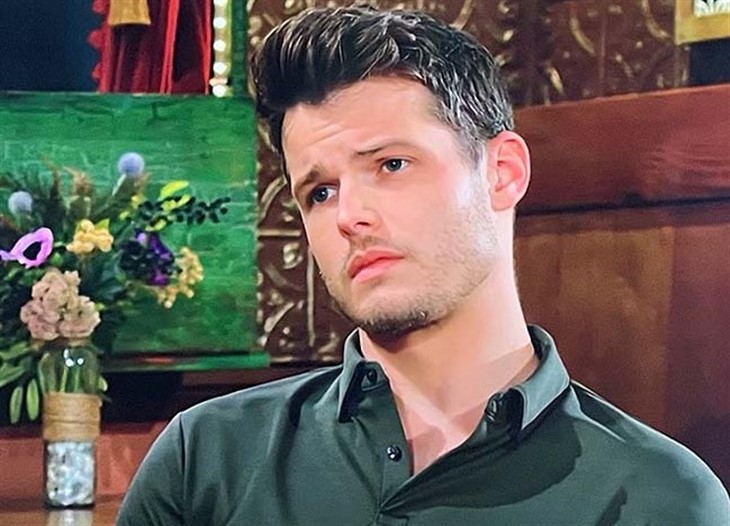 The Young and the Restless (Y&R) spoilers reveal that Kyle Abbott (Michael Mealor) could have an affair. This could be brought on by feeling misunderstood by everyone, including Summer Newman-Abbott (Allison Lanier). It won’t be Diane Jenkins’ (Susan Walters) doing either. Here are the clues that Kyle and Chelsea Lawson (Melissa Claire Egan) could hook up.

The Young And The Restless Spoilers – Phyllis Summers Warning

Y&R spoilers reveal that Phyllis lost control when venting about Diane Jenkins (Susan Walters) to Jack Abbott (Peter Bergman). After Jack calmed Phyllis down, she met up with Summer. Phyllis was horrified that Kyle was going to give Diane a chance. Phyllis warned Summer that Diane could cause problems in her marriage to Kyle.

What is interesting is that Diane is causing a lot of problems. However, Diane might not be at fault if Kyle ends up cheating on Summer.

When Phyllis tried to warn Summer about her marriage being at risk, the young woman insisted that her relationship with Kyle is solid. Anytime someone mentions how strong their relationship is in soaps, it’s usually a sign that the opposite will happen. So, what could tear “Skyle” apart?

The Young And The Restless Spoilers – Kyle Abbott’s Comfort

The Young and the Restless spoilers reveal that Chelsea is blowing up at everyone, including Chloe Mitchell (Elizabeth Hendrickson). After storming off, Chelsea went to the park and broke down crying. Kyle happened to see Chelsea and wanted to make sure she was okay. Chelsea claimed it was stress from work.

However, Kyle gently prodded Chelsea to open up. Chelsea didn’t go into details but clearly appreciated Kyle being so nice to her. As Kyle walked away, Chelsea watched him and had that certain look on her face, which means she could have a new fixation.

Chelsea was obsessed with Adam Newman (Mark Grossman), who moved on with Sally Spectra (Courtney Hope). Then, when Rey Rosales (formerly played by Jordi Vilasuso) was so kind to her, Chelsea began fantasizing about him. So, Chelsea will probably stick to her pattern. Kyle might have just been being nice, but Chelsea could develop a fixation on him.

With it being teased that “Skyle” will be tested this summer, could Kyle end up getting closer to Chelsea? Plus, Kyle recently lashed out about his family not trusting his decision about Diane. So, Kyle will probably start to feel frustrated and misunderstood. If Chelsea is willing to be a sympathetic ear, that could lead to something more.

Do you think Kyle will be the reason Chelsea finds a way to move on after Rey’s death? Could Kyle and Chelsea connect on a deeper level, especially when Diane is mentioned?