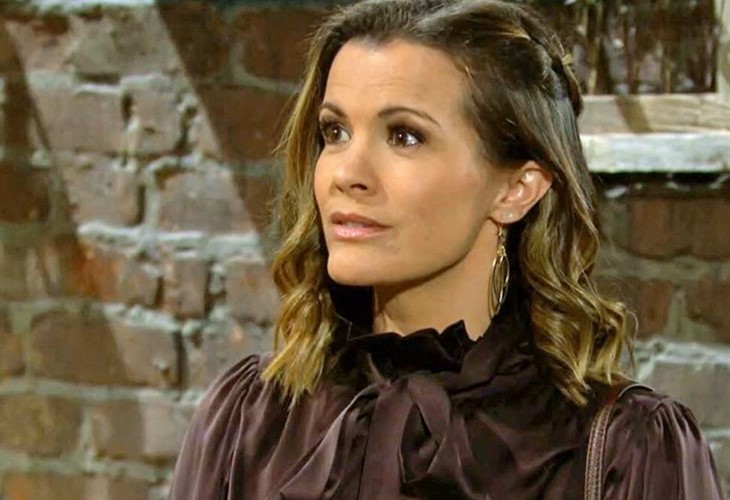 The Young and the Restless spoilers reveal that Chelsea Lawson (Melissa Claire Egan) continues struggling over Rey Rosales’ (formerly played by Jordi Vilasuso) death. However, could Chelsea bond with another married man, someone who is also struggling with losing Chance? Keep reading to find out who this man could be and what leads to their bonding.

The Young And The Restless Spoilers – Chelsea Lawson’s Struggle

Y&R spoilers reveal that Chelsea had a friendship with Rey. However, Chelsea also had a massive crush on the detective. Chelsea even began having naughty dreams of Rey. So, Chelsea is trying to deal with her grief and guilt without her feelings becoming too obvious to everyone else.

While Chelsea is trying to move on and focus on work amid her grief, Chance Chancellor (Conner Floyd) is dealing with Rey’s death. Chance and Rey were not only good friends but partners as well. Plus, Chance is also still coping with his PTSD. However, spoilers teased that there will be another big problem in Chance’s life in the next few weeks.

The Young and the Restless spoilers reveal that Abby Newman-Abbott-Chancellor (Melissa Ordway) and Devon Hamilton (Bryton James) bond over Dominic Newman-Abbott-Winters-Chancellor (River and Rainn Ware). Chance has gotten better about bonding with the baby. However, he is still having a hard time with it.

It is confirmed that Chance will struggle when he sees Abby and Devon bonding over Dominic. Even though Abby and Devon had a rift because of the baby, the two friends are in a much better place now.

It is suggested that Chelsea and Chance might bond over their grief. The two could find the other easy to talk to about their feelings regarding Rey. Plus, Chelsea feels that the one person she did open up to, Chloe Mitchell (Elizabeth Hendrickson), really doesn’t understand.

Meanwhile, Chance will feel like an outsider once again when he sees the bond that Abby and Devon have with Dominic. Plus, Chance won’t want to give Abby any reason to worry about his mental health.

Could Chelsea and Chance’s conversation lead to something more? Are we about to see Chance make a shocking decision when he gets too close to Chelsea as Abby solidifies her bond with Devon? “Chabby” hasn’t been the same since Chance’s return to Genoa City. Plus, Chelsea needs a new love interest.

Share your thoughts on what could happen with Chelsea, Chance, Abby, and Devon. Remember to keep watching the CBS soap to see what happens next.