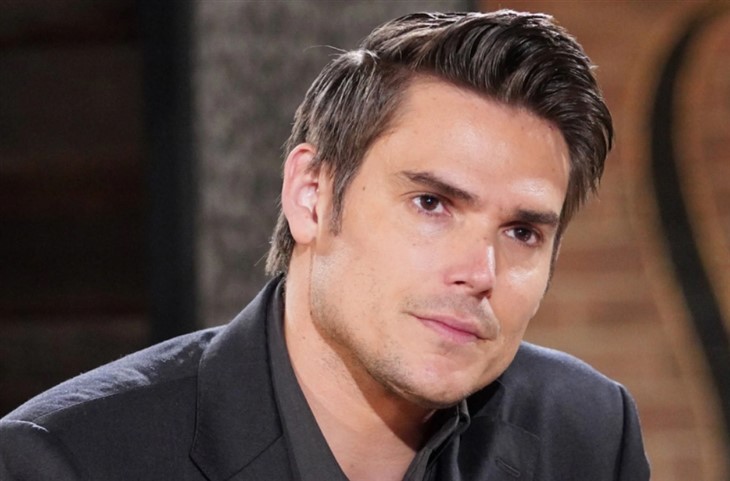 The Young and the Restless (Y&R) spoilers reveal Sally Spectra (Courtney Hope) let Adam Newman (Mark Grossman) know that he ruined any chance he had with her when he broke her heart the way he did. He knows he messed up and thinks he can manipulate Sally by saying and promising all of these things she can’t trust on happening. Having said her peace with their relationship, once again Adam tries to cast doubt on the relationship that has been heating up between her and NIcholas “NIck” Newman (Joshua Morrow). She is done playing games with him and she wants nothing to do with him but I am not so sure he is done trying to sabotage her new romance.

Nick has gone above and beyond to prove to Sally that this connection between them is real, Adam has done a really good job of casting doubt on their relationship but NIck continues to move right at Sally’s pace and shows up when it seems like everyone is against her. She meets with NIck to talk about her business plan. I know that part of it is to make Adam jealous because he burned a good woman. What is his loss will be Nick’s gain. While everyone else in the Newman family belittles Sally, he continues to defend her and knows that there is something special with her.

This will drive Adam insane. The brothers have never had a solid relationship and since Nick has taken something that Adam wants, I almost wonder how far he is willing to go to break the two of them up for good.

Adam still doesn’t realize that Sally is not someone to play games with. When she says something she means it and she is not quick to forgive. She may still care deeply for Adam but I think Nick is showing Sally what it means to actually be romanced and respected. No matter how their relationship started, they both know that the feelings they have for each other are deeper than that now.

If Adam continues to feed her doubt it could very easily get her to back up from NIck and come running back to him. Setting Nick up to be caught in a scandalous position with someone is definitely something Adam could do. He is a mind game player so whatever he plans will send Sally into a spiral. I hope by the time he decides to do this, their relationship is secure enough to withstand the drama. Sally has already proven to be able to handle the pressure from everyone voicing their disgust about her relationship, now that she knows Adam is playing mind games with her it may cause her to cut him from her life completely. I hope Adam will realize Sally no longer wants him to pursue her and hopefully let her be the successful woman she was meant to be.